Home » Beware of King Cobra’s entering your home from December to February.

The Betong rescue team in Yala province were notified from Miss Sitihabueoh a villager in Jarahpathai, Betong, Yala province of a snake found in her house. Sitihabueoh stated that the snake was hiding in the storage room at the back of her house and appeared to be very big. Her house is located in a rubber tree farm, a perfect environment for snakes to reside in. 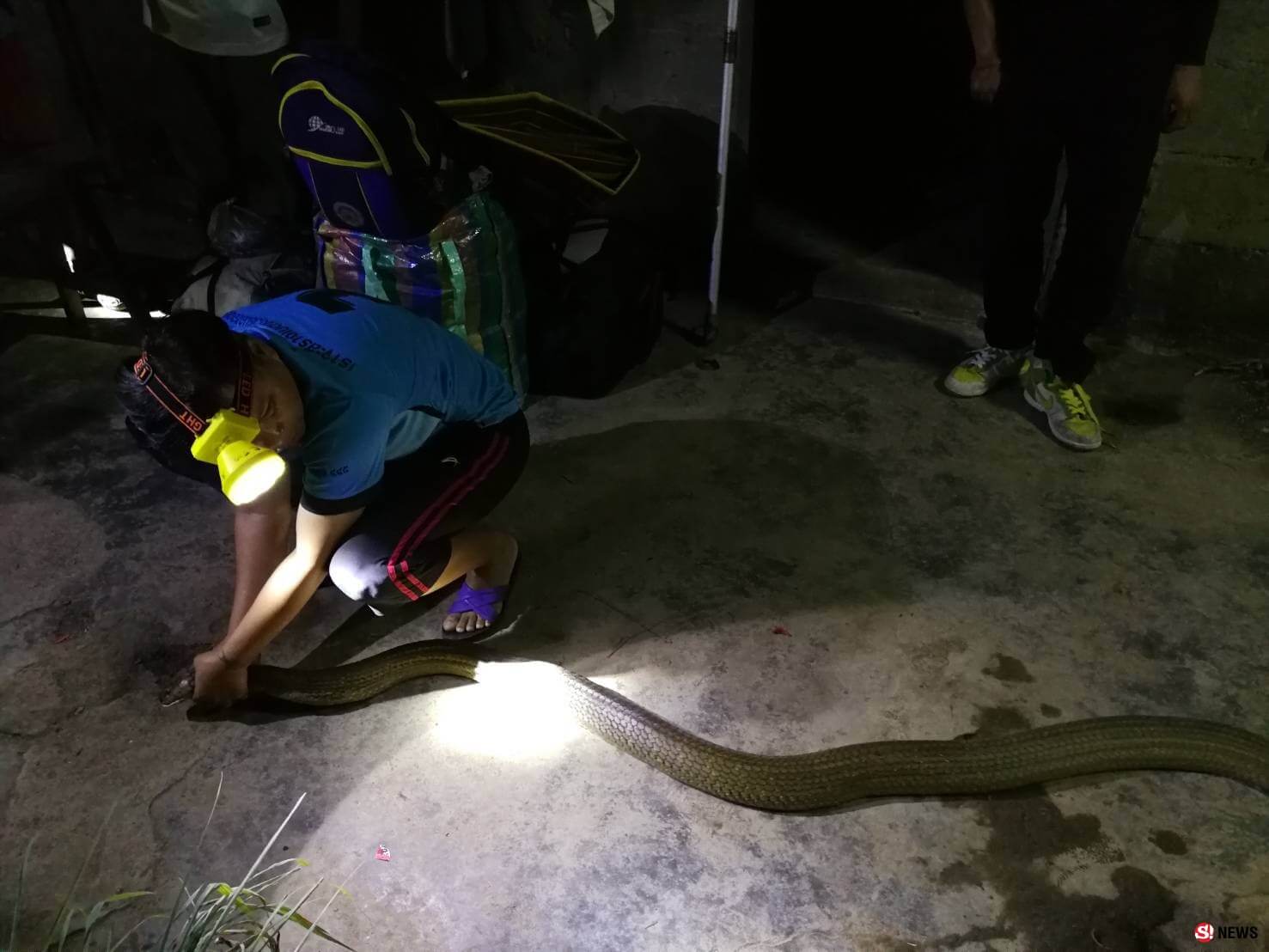 The family didn’t know what snake it was at first, but when the rescue team arrived they discovered that the snake was a giant 4-meter King Cobra. The rescue team decided to use special pieces of equipment to capture the snake while it was resting in the storage room, but as soon as the snake saw what they were up to it took over 30 minutes to successfully capture the snake with the help of local villagers. The snake has been let go back in nature where it won’t be able to bother any humans. 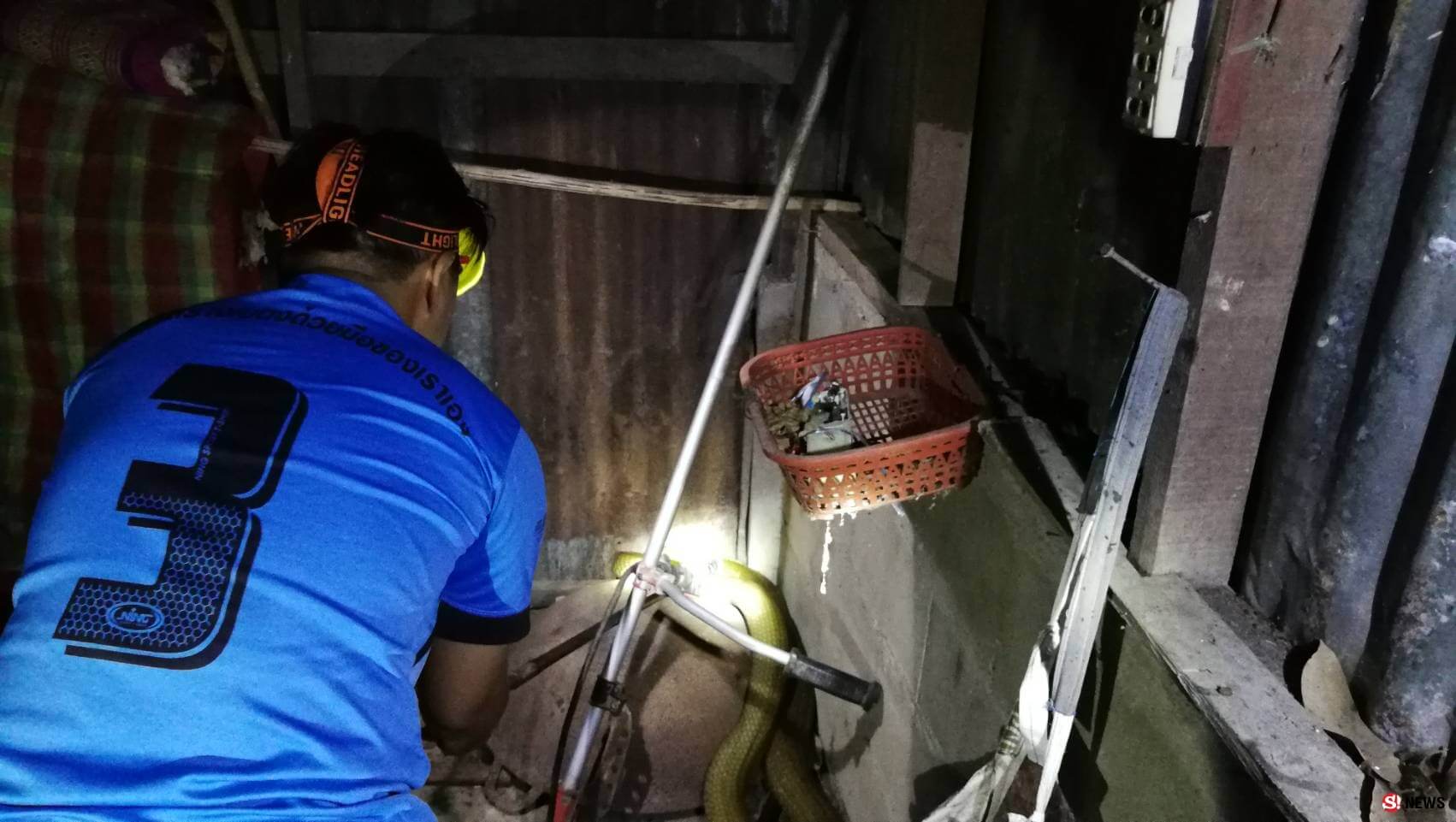 Miss Patcharin Inthaat from the Betong rescue team reported that during December to February is when King cobras are most commonly found in homes. It is likely because the snake is in the breeding season and is looking for food.

Snakes often enter homes due to small creatures living in the house, such as rats, birds, baby chicks, and in houses with lots of trees and grass. The snakes especially love houses with no pets and houses that are left with no residents. Snakes love quiet environments where they can bask in the sun freely and find warm spots to hide in when it gets cold.

If there is lots of rain or flooding in an area, snakes will often choose to enter homes because they know it will be dry inside. Sometimes, when houses are left with no residents, snakes will choose a corner in the house to place their eggs; popular spots include under the house structure, under the roof, between the ceilings, and even closets. Snakes hate the cold, loud sounds, and heavy smells.

If you happen to find a snake in your house, it is best to contact the nearest rescue team or the local fire station as you may never know what type of snake it is, let the professionals take care of the snakes. They will release the snakes back into nature where they don’t have to be killed.