Home » Belgian gets life on cocaine smuggling charges in Cambodia

A Cambodian court sentenced a Belgian man to life in prison on Friday on charges of smuggling cocaine into the country.

Catry, 34, was arrested in January at Phnom Penh International Airport after police said they found cocaine in his suitcase. Local media reported that he had traveled from Brazil to Ethiopia to Thailand and then on to Cambodia.

Last year a Romanian and a Nigerian man received life sentences for attempting to smuggle nearly 5 kilograms (11 pounds) of cocaine into Cambodia, also originating from Brazil.

Several other attempts in recent years to smuggle cocaine into Cambodia have originated in Brazil, according to the people arrested with the drug. In some cases, the drug was supposed to be shipped onward to Thailand, a bigger market for the relatively expensive illegal substance.

Cambodia is not a major producer of illegal drugs but has increasingly become a smuggling transit route. A report by the United Nations Office on Drugs and Crime described Cambodia as an increasingly important hub for smuggling heroin and methamphetamine as well as chemicals used in their manufacture. 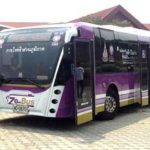