Both Bangkok airports have been preparing for that they believe will be one of the busiest periods in their history as the Royal cremation edges closer.

The Airports of Thailand Plc has set up a coordination centre each at Suvarnabhumi and Don Mueang airports to provide convenience for people travelling by air during the period for the royal cremation ceremonies, said AoT president Nitinai Sirismatthakarn.

Mr Nitinai said he expected airlines to seek permission to make about 20,400 flights, with the capacity of transporting up to 4.16 million passengers, to and from the six airports under the supervision of the AoT during the period between Oct 23-31.

Since Suvarnabhumi and Don Mueang are certain to take a large number of people during that period, a coordination centre has been set up at the two airports. They are to operate between Oct 19-30 to coordinate work with government agencies, airlines and business operators and provide convenience for both out-bound and in-bound passengers.

More informaion can be obtained by calling hotline No 1722 around the clock.

Meanwhile, deputy police chief and police spokesman Pol Gen Veerachai Songmetta said on Wednesday (Oct 18) that a total of 151,289 police personnel will be deployed during the period for royal ceremation ceremonies all over the country.

Of the total, 58,212 will be deployed in Bangkok for the royal ceremonies.

Of the police personnel deployed in Bangkok, 27,900 or 180 companies of police will provide security for royal processions and routes for royal convoys; 990 around the royal crematorium at Sanam Luang; 5,572 at all screening points around the ceremonial ground; 360 for interrogation work at screening points; 576 to provide security at river ports; 630 assigned to quick mobile teams; 1,578 of explosive ordnance disposal and police dogs teams; 12,888 for traffic work; 828 for security duty at risk areas; 1,572 for intelligence work; 2,610 for general services; 800 for medical services;  1,224 for public relations work; and, 684 for general command.

The 93,077 others will be deployed in other provinces to provide security at sites for cremation ceremonies. 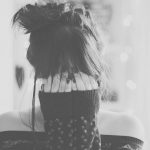