Home » Air pollution back with a vengeance in greater Bangkok 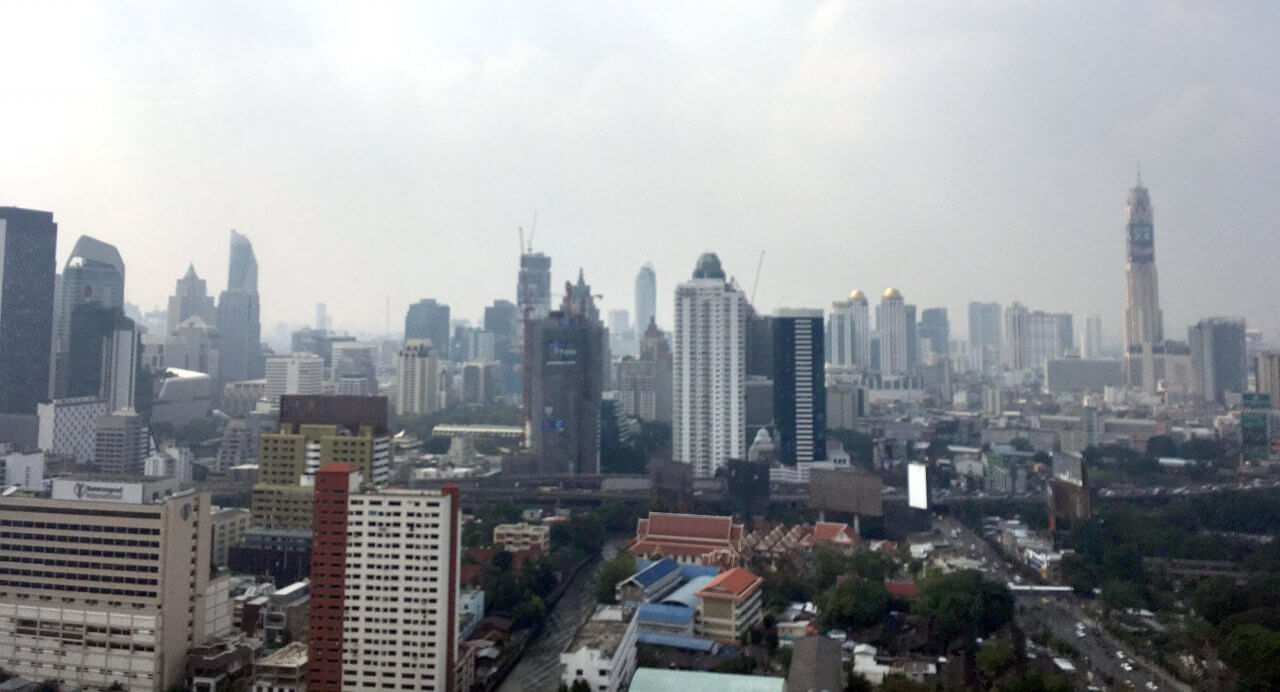 With the joy of the New Year holidays having just passed, the woe of air pollution has again struck people in Bangkok and neighbouring provinces this week.

The high pollution level, which resumed in the capital’s air on Sunday, reviving fears of eye irritation and other health issues, was still lingering on Monday.

The Pollution Control Department (PCD) reported that, as of 7am, 20 roadside areas and 16 general areas (away from main roads) of greater Bangkok had unsafe levels of particulates smaller than 2.5 microns (PM2.5) in the air.

The safe limit is 50 micrograms of PM2.5 per cubic metre of air.

The PCD later updated on its Facebook page that as of midday, 17 roadside areas and 17 general areas of greater Bangkok had unsafe levels of PM2.5.

Members of the public can follow the latest on the air-pollution situation via the smartphone application Air4Thai and the PCD’shttp://air4thai.pcd.go.th website, it said.

The department said the rising amount of dust in the air stemmed from the prevailing weather conditions plus the increased volume of traffic on the streets following the holiday period.

The PCD will therefore work with related agencies to implement measures to tackle the PM2.5 dust issue, such as having city workers spray water into the air and clean the roads.

During the New Year holiday period of December 30 through January 5, the amount of PM2.5 dust in greater Bangkok had been within the safe limit of 50 micrograms.