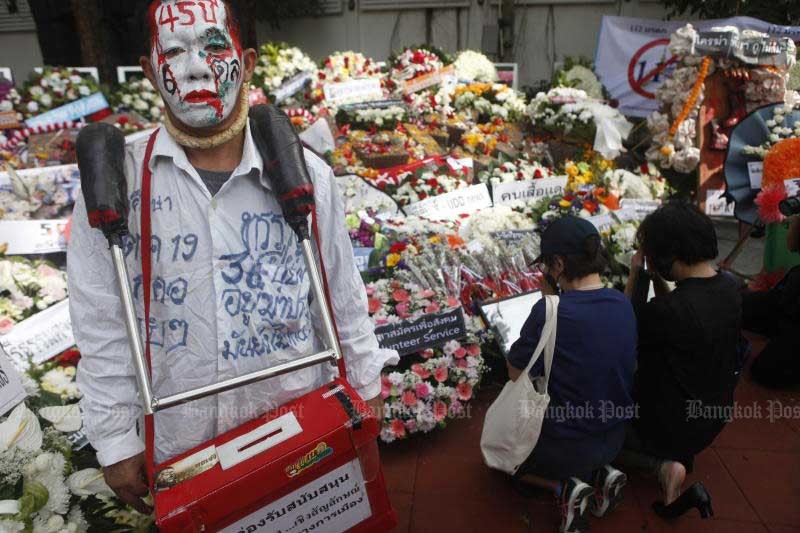 Little has changed in the 45 years since students and activists were massacred by the military and rightwing radicals at Thammasat University, sending many survivors fleeing into the jungle where they took up arms against the authoritarian government.

This point was made by speakers when activists and members of the victims’ families gathered on Wednesday at the memorial at Thammasat University to the victims of the Oct 6, 1976 purge to pay their respects.

Move Forward Party leader Pita Limcharoenrat said the government’s use of violence and legal action against young protesters and activists reflected the reality – that political differences remain a thorny issue never accepted by the state.

The state had never been open to changes and showed no compromise in dealing with people holding different political opinions, he said.

Another newly emerging rally site is Nang Leong intersection, where another group, Thalufah, holds sporadic rallies with the same goal, he said.

The Move Forward leader was among the politicians, activists and family who attended the  service at Thammasat University in remembrance of those killed by security forces and right-wing radicals during the massacre on Oct 6, 1976.

The Thalufah group said in a statement posted on its Facebook page that they would never forget the events of Oct 6 1976, and said violent means were unacceptable nowdays.

Red-shirt leader Nattawut Saikuar said students continued to fight for democracy 45 years  later, with the country still divided with no political solution to the problem.

He said a bigger rally would be called after the Covid-19 situation eased, but he did not expect it would convince Gen Prayut to resign.

The rally would be aimed at exposing the failed policies and actions of the government to the public, he said.

The gathering at the October 6 memorial started in the morning with religious ceremonies and laying of wreaths and flowers in remembrance of those killed and injured. Speakers addressed the people afterwards. Man dead and two others injured in triple stabbing 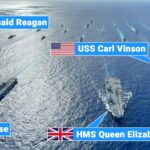 World War 3 could be triggered ‘at any time’