A young teen who allegedly stole several motorcycles in a month was caught within hours of his last auto heist in the Thonburi area of Bangkok.

Samrae police learned about the thefts when the owner of the last cycle, who had left his bike parked in front of a local restaurant in the Mahai Sawan neighborhood on Monday night, reported the bike stolen while he had dinner nearby with friends, reported Thai PBS.

Officers checked CCTV camera clips and saw two young boys tampering with the bike before speeding away with it. They managed to pinpoint the believed leader to his grandmother’s home in Soi Wat Dao Khanong and arrested him.

He reportedly does not go to school and has lived with his gran since his parents divorced several years ago. Police also said that the boy spends most of his time in internet cafes playing video games.

The boy, whose identity has not been revealed due to his age, allegedly confessed to stealing several bikes, which he would simply ride until they ran out of gas or he saw the police, and then dump them.

Older bikes were most often his target since they are easier to steal with a skeleton key.

While he was at it, the boy also said that he had performed five home break-ins in the area, stealing THB20,000 and a smartphone.

Police are searching for the second boy in the footage and have, so far, only charged the first boy with theft. Since he is under the age of 15, he would not receive a criminal punishment and the court may decide to discipline him by discussing the action with his guardian or sending him to a juvenile detention center. 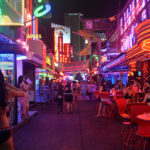 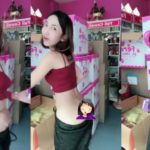