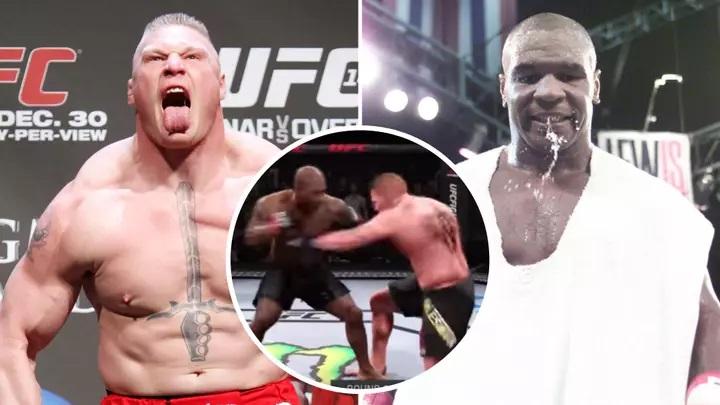 EA Sports’ title included two versions of Tyson as a pre-order bonus and Crazy UFC Fighters used ‘Legacy Mike Tyson,’ which is an older version of the ex-boxer with his trademark face tattoo.

And WWE superstar Lesnar has received a custom-made character, mainly for how he wasn’t included in UFC 2’s main roster. 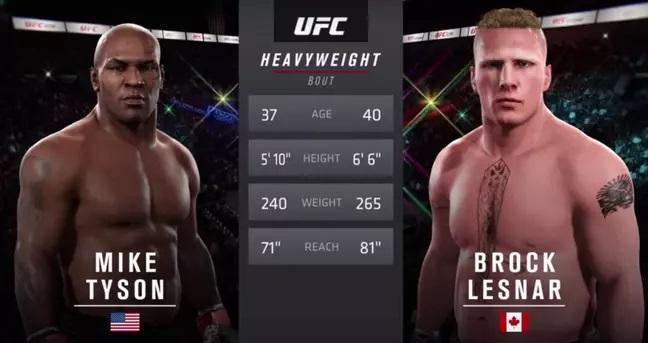 The UFC 2 simulation begins with Lesnar exerting his dominance over Tyson in the first half of round one and causing serious injury to his head and arm.

But ‘Iron Mike’ manages to hold on and make a stunning comeback in the second half of the round.
Tyson lands a serious hurting on the former UFC heavyweight champ and leaves him a bloody mess at the end of the first round.

And the second round is where Lesnar meets his demise as the ‘Baddest Man on the Planet’ lands several shots to his face.

Tyson makes the breakthrough when he nails the ‘Beast’ with an uppercut and follows it up with a left hook.
Lesnar hits the floor of the octagon and Tyson ruthlessly hits him five times in the face before the fight ends in the second round.

And fight fans also had their say on the showdown between Tyson and Lesnar.

YouTube user jay oly wrote: “I think if it’s just a striking match, Lesnar has no chance. If it goes to the ground, Tyson has no chance.”

While another posted: “It’s like the heavyweight version of McGregor vs Mayweather.”

A third said: “in real life mike tyson would demolished lesnar he’s stronger than him [sic].”
A fourth added: “Brock is not that solid when it comes to stand up fighting in real life. Mike will knock him out.” 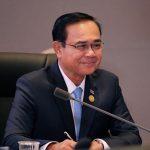 Is Pattaya next as all Entertainment, sports venues to be closed in Bangkok 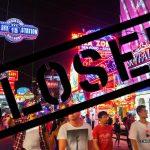 It has happened. Pattaya is now closed