The 18-year-old technical college student, who allegedly fired the shot that killed a Bangkok College of Industrial Technology student on Monday in Bang Na, has admitted his group attacked the victim and his friends, rival college students, but claims they taunted his group first so he and fellow students gave chase.

The attack led to the death of 16-year-old Chanathip Piamyoo. Two other students were injured.

He was brought to search for the .38mm pistol used in the murder at a dumpster site in Bang Phli district.

Police retrieved the murder weapon, which had been wrapped in a plastic bag and buried under a tree, at a spot where Peerawich and friends often hung out, Mongkol said.

Peerawich reportedly told police that he had bought the gun for Bt2,000.

Police say a total of 22 people – nine adults and 13 youths – were involved in the fatal attack on Chanathip and his five friends near Wat Sri Eiam on Monday.

Foreigners warned ‘Do Your 90-Day Reporting’ 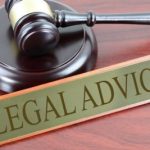 Accidental Tourist: If I have a car accident in the U.S., can I sue if I live in Thailand?