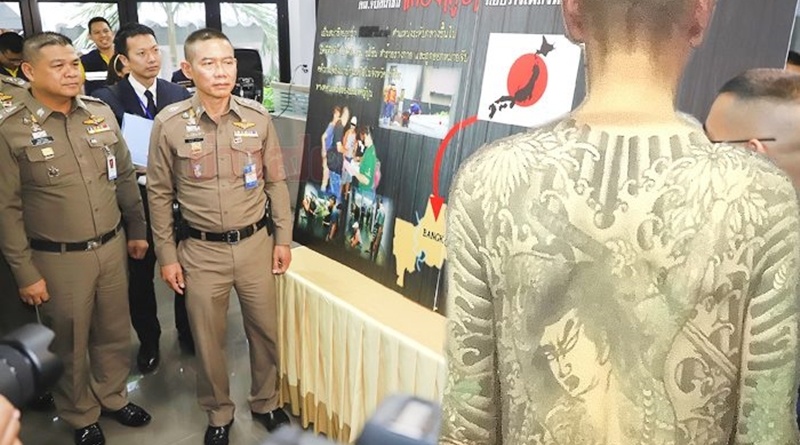 The Immigration Police successfully arrested a member of the Japanese Yakuza belonging to the Inagawa Group, which is the third largest Yakuza group in Japan.

The suspect has come into Thailand to hide from his most recent crime which is arson, this is the crime of intentionally lighting a home or a property on fire to destroy items or persons inside the fire.

Apart from the Arson charge, the suspect also has a long criminal record including rape, homicide, and theft. Police Lieutenant General Sompong Chingduang from the Immigration Police reported the arrest of Kasihiko Yamazaki a member of the Inagawa Yakuza Group with a position placed around the middle ranks.

Yakuza is seen as powerful groups of people in Thailand, they are also known for their signature tattoo’s covering their body as a symbol of the Yakuza group that they belong to. 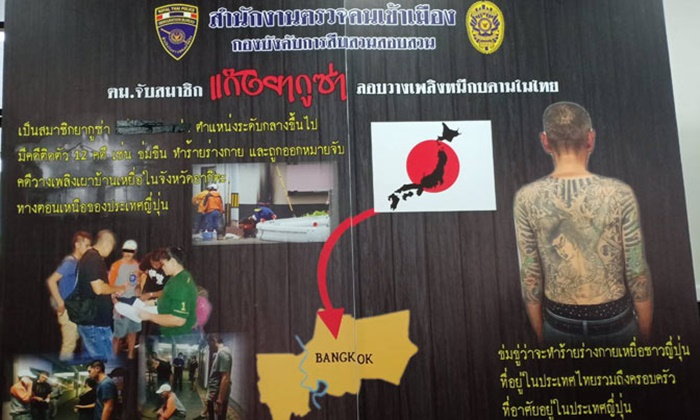 Kasihiko is an escaped criminal with currently 12 charges in Japan. Some of these cases include homicide, rape, arson, assault, and more. He has traveled in and out of Thailand for a total of 13 times. His latest case involves another Japanese man who fell victim to Kasihiko.

Kasihiko an herbal business with a Japanese businessman residing in Thailand. The victim later discovered after starting the business that Kasihiko belongs to a Yakuza group in Japan.

After realizing this, the victim did not want to longer be involved or connected to Kasihiko, this is when the victim told Kasihiko that he was not going to pay for the cost of the herbs amounting to about 20,000 THB.

Kasihiko threatened the victim that he was going to burn the victim’s brother’s home unless he paid the cost of the herbs. The victim still insisted that he didn’t want to pay. Kasihiko returned to Japan and burned the home as promised in Akita, Japan.

Kasihiko came to Thailand again on 23 May 2019. The Japanese Government issued an arrest warrant for Kasihiko to the Thai Immigration Police on 28 June 2019. The Immigration Police successfully arrested the suspect in his hiding location. Kasihiko will be sent back to Japan for prosecution. 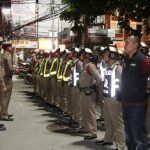 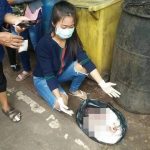