A junior-high student driving the wrong way on Sukhumvit Road died when he crashed head-on into a 10-wheeled truck.

Jirapat Phumisak, 15, died instantly when the Wuthipanya Rattanakul Co. Isuzu freight truck ran over his head after the ninth-graders Honda grazed the oncoming truck and crashed at the U-Turn in front of 700-rai Market Jan. 23.

Driver Somnuk Sommanat, 48, said he was bringing dirt to the 700-Rai Market. He said the boy was driving against traffic and lost control of the bike when he tried to avoid the truck. 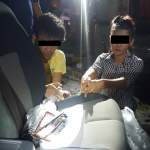 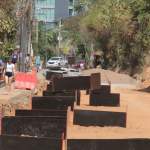 Mark KellyFebruary 24, 2020
From the reason behind turning your phone to airplane mode to why your blinds have to be up during...
END_OF_DOCUMENT_TOKEN_TO_BE_REPLACED