Work permits and business visas are integral components of an expatriate’s ability to maintain lawful immigration status as well as work authorisation in Thailand. The process of obtaining a visa and a work permit has evolved substantially in the past five years. In fact, the past twenty four months has seen substantial changes to the overall process.

The Increasing importance of WP3 in B visa application processing

A business visa is important as it acts as a platform for obtaining a work permit in Thailand. In addition to the restrictions noted above regarding issuance of such visas the documentation requirements for B visa issuance have become increasingly rigorous over time. For example, in most jurisdictions (notably Thai Consulates in Europe, the member states of ASEAN, and many Posts throughout Asia) those seeking a Thai 90 day business visa must present a WP3 work preauthorisation document in order to see their visa application approved. In many ways, the application for a WP3 by a Thai company could be described as a miniature work permit application process as much of the same documentary evidence and scrutiny is present in the adjudication of applications for WP3 documentation as a an application for a standard Thai work permit.

The analysis of the interplay between work permits and visas in the context of startups is somewhat different from similar analysis for established businesses in Thailand. Those foreign nationals looking to setup their own company in Thailand should be aware that WP3 work preauthorisation may be required to obtain a business visa from a Thai Embassy or Consulate abroad. For a company that has yet to be established or one that has only recently been registered this can pose a problem as there are many documents that must be submitted in order to submit a successful application for WP3. In a sense, one must have an already legally operational business in order to receive work authorisation to thereby legally operate their business. This can be problematic for new businesses in Thailand as the foreign owner/operator’s physical presence in Thailand is required to get the company into a position where it is able to file for a WP3. Assistance from professionals can help in this regard as those accustomed to the somewhat byzantine and convoluted system provide crucial assistance in avoiding a paradoxical legal quagmire.

Larger and more established businesses in Thailand also must wrangle with issues associated with the WP3. One notable issue is that anyone for whom a WP3 is being sought needs to be abroad at the time the application for a WP3 is submitted and processed. This can prove especially problematic even for larger businesses if the potential employee was hired within Thailand. In such cases, that potential employee must either remain abroad while the WP3 application is filed and processed, then have their visa application sent to them to apply at an Embassy or Consulate where they are located, or they must be abroad while the WP3 is processed and then return, pick up their visa application package (including the WP3), and depart the country to seek a business visa at a nearby Embassy or Consulate. Either scenario could prove time consuming and resource intensive.

Not all is bleak in the world of Thai work permits. In a decree on work authorisation in Thailand promulgated in March of 2018 there were positive developments with respect to the specific rules regarding employment authorisation. First, the rules pertaining to geographic scope of work permits was greatly liberalised. At one time, there was an interpretation of the labour code which dictated that a foreign worker with a work permit was only permitted to work on those premises specifically described in the work permit document itself. This was at a time when work permits were issued with the address noted within the work permit document. Thereafter, work permits began to be issued with the specific province of issuance noted in the pages of the permit and an interpretation arose which stipulated that work authorisation was exclusively valid within that province. However, with the promulgation of the decree issued in 2018 this analysis was revised in favour of an interpretation which allows the bearer of the work permit to undertake employment related activity throughout Thailand.

Another major change to employment authorisation regulations which arose from the 2018 decree operates with respect to the analysis of one’s job description. Where once it was possible to see a work permit violation arise as a result of a determination that an individual’s work was not consistent with the terms of their job description. Now, so long as the foreign worker is not engaged in work which is directly in violation of the list of occupations restricted to Thai nationals, it is not considered a violation if a foreigner’s job activity at any given moment does not fall squarely within the bounds of their job description. The relaxation of rules regarding geographic scope of work and job description operates to create a situation whereby it is easier for foreign nationals working for Thai companies to work for other enterprises to which their employer may be contracted to undertake work.

Work permit and visa issues in Thailand have always been rather complex. In some ways, there is increased complexity in obtaining the requisite documentation in order to obtain a WP3 and an initial business visa from abroad. However, this increased complexity with respect to that aspect of the process is offset by the fact that, once issued, work authorisation is much less unnecessarily scrutinised compared to times past. 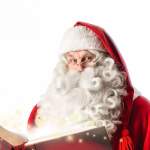