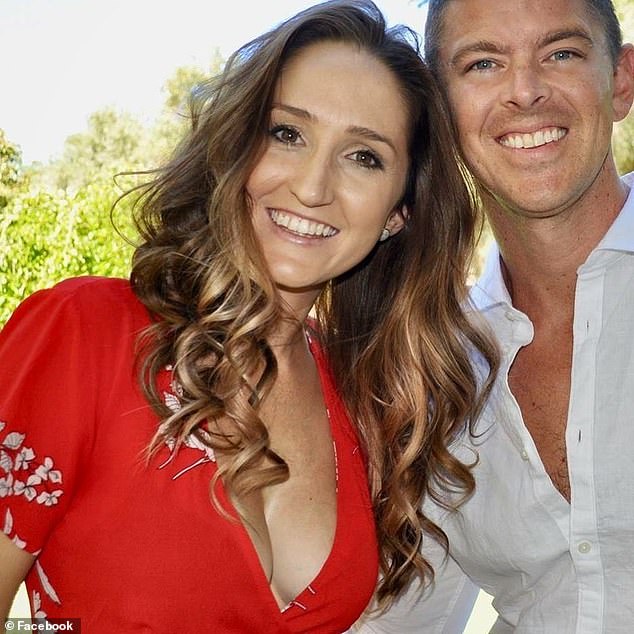 ‘I won’t go back – ever!’ Family vows never to return to Asia after dream Thailand holiday turned into a nightmare when they shared a Pad Thai meal at a local food court

A young couple have vowed to never to return to Asia after contracting a parasite that left them with a debilitating illness that took almost two years to cure.

Perth couple Stacey Barnes and Ryan Prigg suddenly became unwell after returning from a family trip to Thailand in 2017.

The pair, who run their own health and wellness business, said they were stuck in a nightmare as they suddenly felt drained of all their energy and lost their motivation.

They later discovered they had contracted a parasite called Dientamoeba Fragilis after eating Pad Thai at a food court.

Dientamoeba Fragilis is a common parasite that can cause health issues like diarrhoea for some people. In rare cases it can cause nausea, loss of appetite and fatigue.

Ms Barnes and Mr Prigg have described the past two years as the hardest they have ever experienced.

And as a result, Mr Prigg told Perth Now they will never return to Asia.

Battling with chronic fatigue was one of the hardest parts of the ordeal for the highly active couple.

Ms Barnes said there were many days when she couldn’t get out of bed.

‘Every day was a struggle from the get go. I had no memory I couldn’t recall anything I was in a constant state of fogginess,’ she shared on Instagram.

‘The malaise, not wanting to so anything, was something I have never understood or want to experience ever again.

‘The mental chatter around ”is this how it is going to be for the rest of my life?” If so, I want no part in this.’

And it wasn’t just their health that suffered, their business did too.

As the couple lost motivation, their passion also began to slip and their business took a hit.

They went from making about $10,000 a month to being on the brink of collapse.

The couple had to go to three doctors before they were treated for the parasite as some medics were hesitant out of fear that treating it would cause further harm.

They finally found a doctor earlier this year who was willing to offer a treatment.

And after a four-week course of antibiotics the pair were back to their old selves.

Ms Barnes has encouraged anyone who feels that something is not right to get it checked out.

Professor Miles Beadman, a specialist in infectious diseases, said Dientamoeba Fragilis was usually not associated with any type of disease, and that about 25 per cent of people have it in their gut.

He said it had polarised the medical industry as some believe it was not a disease causing parasite.

Ja New offered police protection – if he gives up activism