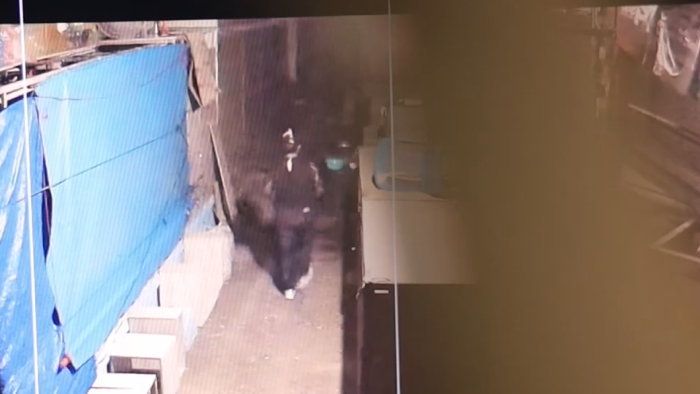 The owner of a 20THB store has had enough after 2 women have repeatedly pooped in front of his store. The owner states the incidents are haunting him, it has become worse because right after he cleans one poop a new pile shows up. The Facebook Page “Kum Pawapee News” in Thai posted on 5 October video clips showing a girl pooping in front of a local shop and then a video of a man cleaning the poop. The page captioned the post “Selfish people have been shitting all over the place worse than dogs.

This is hurting sellers in the market and there is a toilet. I need to share this as it has been causing problems. There are so many piles of poop just in a day. The water hasn’t even dried up and there is a new pile, I’m so tired”. The Sanook News Team went to a market in Kum Pawapee District in Udon Thani Province and met with Mongkol 49 year old, the owner of a 20 THB store. Mongkol revealed he didn’t want to cause shame to the women so he chose a part of the videos where their faces weren’t visible. He just wanted people to stop leaving poop in front of his store.

The video was captured at 1 am when the first woman was seen pooping right in front of his store before walking out of the market. The security system notified him of movement so he visited the store but the woman was gone. He cleaned the poop and returned home, then not long after another signal came. Another woman was caught leaving another pile of poop. He came out again to clean it and decided to share the videos online hoping it might end the serial poopers.

Mongkol further reveals that he regularly finds poop and other remains in front of the store and in the market. Sellers have been cleaning it up, some have placed lights and gates but the poopers keep returning. There is a store nearby that operates during the night, Mongkol has shown the owner who confirmed some of them are his customers. Mongkol is still respectful as he cut out the part where the girls were kneeling on the ground to poop and parts where their faces were captured. It remains a question of why these women are pooping in random places when there is a free market toilet. 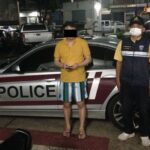 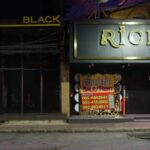