Israel’s internal security agency said Sunday that the slaying of a 19-year-old Israeli woman allegedly by a Palestinian near Jerusalem last week was politically motivated.

Shin Bet issued a statement saying that after questioning Palestinian suspect Arafat Erfaiyeh, the agency believes the killing of Ori Ansbacher was “nationalistic.”

Ansbacher was volunteering at a youth center in Jerusalem on Thursday when she disappeared after walking in the woods. Her body was found later that day. Most details of the case remain under police gag order.

Israeli Prime Minister Benjamin Netanyahu paid his respects to Ansbacher’s family at their West Bank settlement home Sunday. Netanyahu offered his condolences and said the “entire public embraces them in their terrible grief,” the Prime Minister’s Office said in a statement.

Ansbacher’s death has drawn widespread media coverage in Israel. Before her funeral in her hometown of Tekoa on Friday, her parents told Hebrew media outlets that she was “a holy soul seeking meaning” who was “sensitive to all people and creatures, and possessing unlimited desire to fix the world.”

Earlier on Sunday the Israeli military said troops had surveyed the Erfaiyeh family home in Hebron “in order to examine the possibility of its demolition.” Israel demolishes Palestinian attackers’ homes as a policy aimed at deterring future attacks. 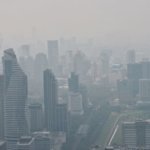