Woman’s Head: A young French woman has suffered a horrendous reaction to a home hair dye kit, with her head swelling up to nearly twice its usual size.

19-year-old Estelle, from Paris, knew something was wrong when her scalp started to itch and it became difficult to breathe. Then, the top of her head began to swell.

English student Estelle had previously experienced a mild allergic reaction to a different type of hair dye, but this was nothing compared to what was to come.

After trying and failing to treat herself with antihistamines, Estelle awoke the following morning to find her tongue had swollen and her head had become enlarged to alarming proportions…

The severity of the situation was clear, and Estelle was rushed to Mondor Hospital in Créteil. Her condition reportedly continued to deteriorate during the car journey and at the hospital, it was found her engorged head measured a huge 63 cm in circumference.

Estelle told Le Parisien how she ‘had the impression of being in a jar’:

I could not breathe, I had a light bulb head.

Estelle was given an adrenaline shot and kept in hospital overnight. The next day, she was considered to be out of danger.

It’s understood she’d suffered a severe reaction to paraphenylenediamine (PPD), a chemical found in 90 per cent of hair dyes.

The teenager confessed to Le Parisien she’d waited just half an hour after the patch test before dying her hair. It’s recommended a person wait for a good 48-hours after conducting the initial patch test. 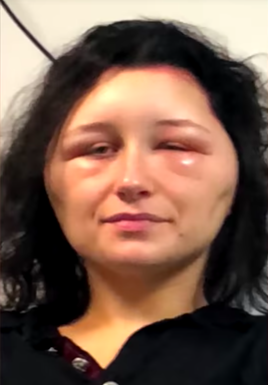 Going forward, Estelle wants to warn others to take precautions in order to avoid the same horrifying ordeal.

Speaking with Le Parisien, she explained:

I almost died, I don’t want something similar to happen to other people.

Her mother, Sygrid, also believes greater public awareness is needed regarding the dangers behind PPD:

It’s true that she didn’t follow the instructions word for word but the warning has to be clearer. 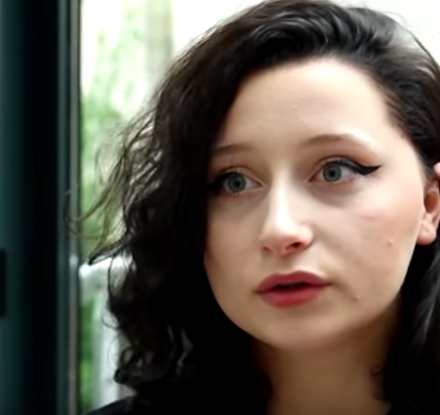 Hopefully others will heed Estelle’s warnings, and take all proper precautions when dying their hair at home.