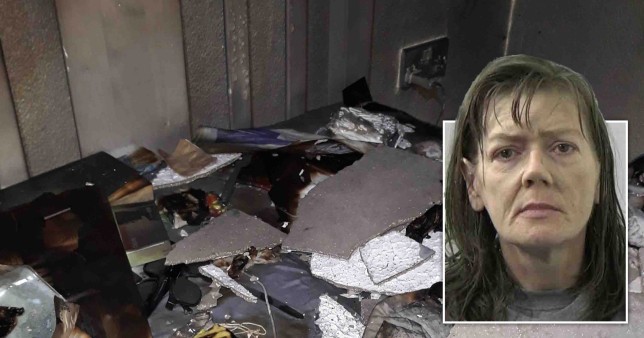 An arsonist who was told by her neighbours that she could have killed them and their baby after setting her house on fire replied ‘good’, a court has heard.

Claire Paton said she ‘couldn’t give a f***’ about the family in the flat above her after torching her Northumberland home.

When she was shown pictures of the thousands of pounds worth of damage she had caused, the 48-year-old laughed, Newcastle Crown Court was told.

Paton, who has a string of previous offences, was jailed for two years and eight months after admitting arson being reckless as to whether life was endangered in the incident nine months ago.

She had been behaving strangely before setting fire to her ground floor home in Brockwell Court, Blyth, where people were living either side of her as well as upstairs.

Others near the housing association flat said she had been shouting, banging and laughing in the weeks before the incident.

Then, at around 1am on November 14, the family above her heard her smoke alarm, before seeing ‘plumes of smoke’.

But when the father went to check on Paton, he noticed the flames in her bedroom, which he said looked as if they had come from rubbish deliberately set alight, Chronicle Live reported.

The unnamed victim said Paton made up a story about it being ‘a cigarette or something’.

Prosecuting, Jo Kidd explained: ‘He (the father) said they had a nine-month-old baby and she (Paton) could have killed them all. The defendant said “Good”.

Paton – who has previous convictions for child neglect, theft, drugs, fraud and being concerned in the supply of drugs – was also abusive to the emergency services, who she rang to say she had set her home on fire.

When she was arrested, she said she had been frustrated that the police couldn’t help her over an allegation that money had been stolen from her bank account.

Miss Kidd continued: ‘She repeated to the officers that so far as the family upstairs were concerned she “couldn’t give a f***” and began laughing when shown pictures of the damage to the flat.’

Stuart Graham, defending, said she was suffering mental health issues at the time of the incident.

‘It’s actually quite sad’, he told the court.

‘She said nobody loved her at all and she wanted to die.

Mr Graham added that Paton was ‘stressed and distressed’ about the theft of her money but is now in a better state.

Judge Julie Clemitson told her: ‘You had a self-destructive purpose, perhaps, and lost sight of the impact it had on anyone else around you.

‘People were put at high risk because of the time of the incident, when they were likely to be asleep in bed.’ 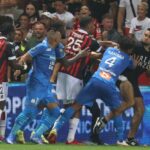 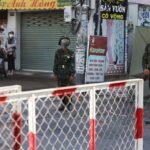