A Thai woman who helped blackmail two Thai nationals into sex-slavery in Sydney sobbed in the dock as a judge jailed her for more than eight years.

The NSW District Court heard Rungnapha Kanbut felt “dead inside” after being found guilty of six charges by a jury in May.

The 57-year-old managed the Thai pair in 2004 and 2005 after she confiscated their passports when they arrived in Sydney and told them they needed to pay off a $45,000 debt over four to five months.

The court heard the women had been put on a plane by a man they knew as “Chang”, who took naked photographs of them and threatened to release them if his instructions were ignored.

One of the victims said she often had to work more than 12 hours a day at multiple Sydney brothels and was only allowed to keep tips of five or 10 dollars per client.

The woman said she was treated badly by some clients, including being spat on and bruised, but Kanbut told her “put up with it until the time was up and kick the customer out”.

Kanbut also warned the women against running away, threatening to have them deported.

The second woman said her ordeal had left her with crippling pain and she would have to “live with the scar of this experience for the rest of her life”.

A prison with no bars

Judge Nanette Williams said although Kanbut was “not without compassion” for both women and had “very positive” rehabilitative prospects, she effectively kept them in a prison with no bars.

The judge found Kanbut’s role in the Sydney arm of the slavery operation was pivotal and hands-on.

Kanbut’s charges included two counts each of intentionally possessing slaves — which carries a maximum punishment of 25 years in jail — and dealing in the proceeds of crime.

A psychiatrist told the court Kanbut believed the jury only heard “one side of the story” and had “got it wrong”.

She reported feeling like she was “dead inside, bleeding through her eyes”, being depressed and in a state of shock and denial.

The judge took into account “compelling” statements from referees who described her as an “excellent mother” with a strong work ethic, trained in multiple fields including massage and farming.

Many said they struggled to reconcile the woman they knew with the charges and conviction.

Kanbut will be eligible for parole in August 2024. 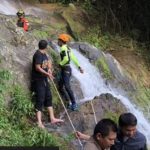 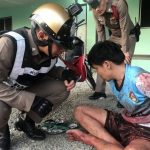