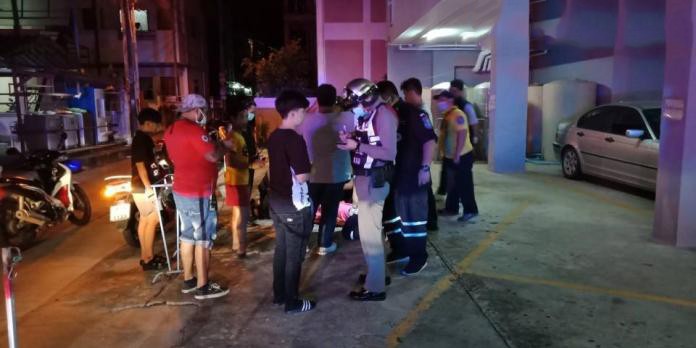 A young woman has survived with only minor injuries after falling from the fourth floor of an apartment in Pattaya early this morning.

Rescue workers were notified of the incident at 3:00 AM at an apartment in Soi South Pattaya 1 (Soi Pattaya Tai 1).

Emergency responders and The Pattaya News arrived at the scene to find the injured party, 22-year-old Ms. Natarika Wongkalasin from Nakhon Panom on the ground.

She had sustained only minor injuries and was concious and alert. She was taken to a local hospital for a full evaluation.

Her friend told The Pattaya News that they had been drinking alcohol together in the apartment and both were heavily intoxicated. Ms. Natarika walked to the balcony while drinking before accidentally falling.

Natarika reportedly confirmed to rescue staff that the fall was accidental and there was no sign of a dispute or argument according to Pattaya law enforcement. 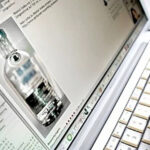 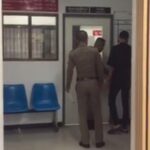