When the ambulance arrived at the branch in Melbourne, Australia, the new mum still had the burger in her hand.

A woman gave birth in a McDonald’s car park then put her order in for a Quarter Pounder.

Staff were stunned as the husband who appeared ‘frazzled’ told them his wife had just had a baby and ordered the burger while they waited for an ambulance.

It was reportedly the new mother’s ‘first request’.

The order was dealt with as quickly as possible at the branch in Croydon, Melbourne, according to reports.

And the mum was able to enjoy her meal at about the same time the ambulance arrived.

Licensee Ainsley Shillington told Daily Mail Australia her ‘frazzled’ husband told stunned staff that his wife had just given birth and they were waiting for an ambulance.

“During our lunch rush, he asked for an order for his wife who was delivering a baby in the car park.

“We served the customer as quickly as possible with drinks and a dinner box and he proceeded on his way, the crew at the time were quite concerned.

“Everyone thought it was quite fun to have such an occurrence in the car park, when they saw the ambulance in attendance they knew they were well and truly looked after.”

The couple were taken to a nearby hospital. 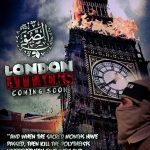 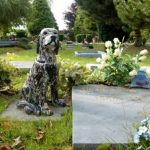