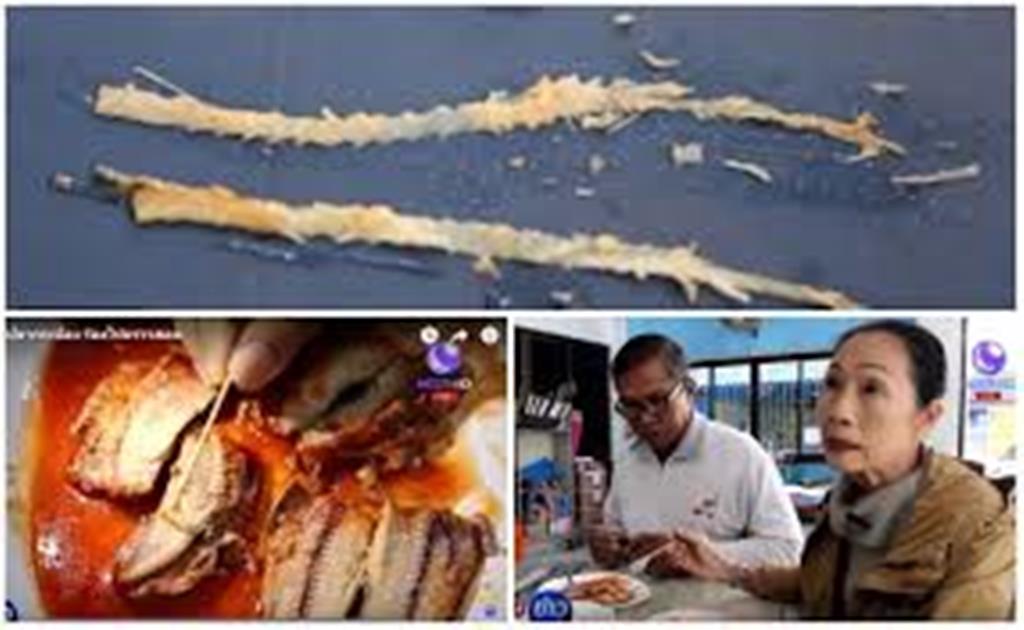 A woman from rural Ratchaburi province wants answers from an unnamed company after opening up several cans of mackerel in tomato sauce, a staple Thai convenience food, and finding all of them contained tapeworms.

Even grosser, the fish were not immediately visible in each of the three cans. In some, they were curled up inside the lumps of fish, meaning they could have easily been eaten.

Thailand saw a similar case of worms being found in a similar product just last week.

The victim in this case is Surang Isarangkun Na Ayuthaya, who told Thai News Agency that she bought the cans from a local shop near her Ratchaburi home.

She said that, on some of the worms, they reads and tails were completely intact. She had the samples examined by a lab who confirmed that they were tapeworms.

It has been brought to the attention of public health officials, who will also test the samples.

The name of the offending company has not been revealed.  Source: Coconuts Bangkok