Woman arrested: Police have arrested a female who has stolen money, lottery tickets, a gold necklace and tablets over the past few months.

The arrest came after police were notified that, since last month, there was a young woman who was asking shopkeepers to check many items in the shop.

While they were distracted she would steal items. After that, she would tell them she did not have enough money with her and had to go to an ATM before speeding away.

Lattiyakorn admitted six thefts and stealing 350 lottery tickets on September 4 from a lottery shop on Bangkok Road in Phuket Town.

She has been charged with theft. 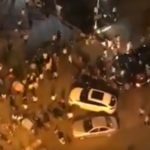 9 dead, dozens hurt as driver rams into crowd in China