The Dutchman, 24, vowed to continue driving aggressively, says he makes the seven-time world champ “nervous” and claims he is the better driver.

Verstappen said: “I make him nervous if he sees me in his mirrors. He’s a different driver to me, less aggressive.”

And when quizzed if Hamilton was afraid of him, Verstappen replied: “He will never admit that. At least I’m not afraid of him!

“He doesn’t know how to race like I do. I can’t blame him for that either, because he was never able to learn that like I did from my father.”

I make him nervous if he sees me in his mirrors. He’s a different driver to me, less aggressive.Max Verstappen

Verstappen’s dad Jos is a former F1 driver, who made 106 Grand Prix starts between 1994 and 2003, while Hamilton’s dad Anthony took on multiple jobs to pay for his son’s karting career.

The two warring drivers are level on points and will both be on the front row of the Yas Marina Circuit grid today.

But while Verstappen’s car is on soft tyres, Hamilton’s Mercedes will wear medium rubber.

Hamilton, 36, who was booed by Dutch fans in parc ferme, hailed Verstappen’s qualifying performance, saying: “It was a fantastic lap from him.”

Red Bull chief Christian Horner branded the pole-clinching lap “absolutely insane” and added: “That was one of Max’s best laps of the year.”

While Verstappen said: “It is an amazing feeling. I’m incredibly happy.”

The last six races in Abu Dhabi have all been won from pole position.

Merc boss Toto Wolff admitted: “It’s 1-0 to them today. But I’d much rather be starting on the medium tyres.”

The drivers’ bitter feud has led to the FIA warning they will be docked points for unsporting behaviour following three crashes between them this season — at Silverstone, Monza and in Saudi Arabia.

Verstappen claims Hamilton drove into him “on purpose” at the British Grand Prix in a high-speed shunt which put the Dutchman in hospital.

Hamilton suffered a sore neck at Monza after Verstappen launched his Red Bull on TOP of his Merc. And Verstappen was punished by stewards in Saudi Arabia after Hamilton crashed into him.

Verstappen will be crowned champion if neither driver scores points on Sunday as he has won nine GPs to Hamilton’s eight.

But Hamilton laughed off fears of a first corner collision as he starts second on the grid, adding: “I am grateful I can see where he is!” 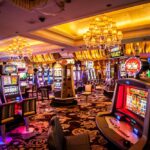