Home » What we know about Covid-19 vaccines 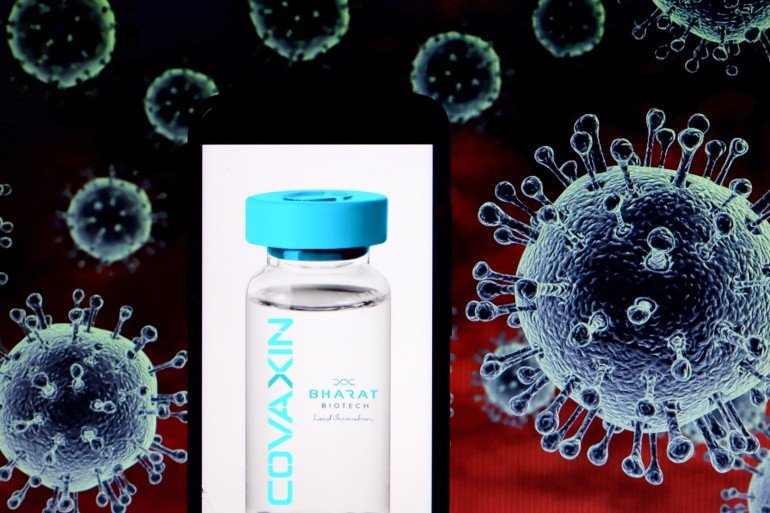 India’s Covaxin, the homegrown government-backed vaccine, has an efficacy rate of 81%, preliminary data from its phase 3 trial shows.

India’s regulators gave the vaccine an emergency approval in January while the third phase of the trial was still under way, sparking scepticism and questions from experts.

Bharat Biotech, the vaccine’s manufacturer, said the latest findings were “an important milestone in vaccine discovery, for science and our fight against coronavirus”.

“With today’s results from our phase 3 clinical trials, we have now reported data on our Covid-19 vaccine from phase 1, 2, and 3 trials involving around 27,000 participants,” the firm said.

The drug regulator has also given the green light to the Oxford-AstraZeneca vaccine, known as Covishield in India, to be used.

It has vaccinated nearly 30 million people so far – healthcare and frontline workers were given priority in the first phase.

People over 60 and those who are between 45 and 59 but have other illnesses are now getting vaccinated.

The government aims to cover 250 million “priority people” by the end of July.

But experts say that the pace of vaccination has been slow and unless the drive is scaled up, the target could be missed.

India is also supplying the vaccine to neighbouring countries and a host of other nations. It has shipped tens of thousands of free doses of Covid-19 vaccines to several countries in what is being widely described as “vaccine diplomacy”.

The country is a vaccine powerhouse: it makes 60% of the world’s vaccines and is home to half a dozen major manufacturers.

So what do we know about India’s vaccines?

How does Covaxin work?

Bharat Biotech, a 24-year-old vaccine maker, has a portfolio of 16 vaccines and it exports to 123 countries.

Covaxin is an inactivated vaccine which means that it is made up of killed coronaviruses, making it safe to be injected into the body.

Bharat Biotech used a sample of the coronavirus, isolated by India’s National Institute of Virology.

When administered, immune cells can still recognise the dead virus, prompting the immune system to make antibodies against the pandemic virus.

The two doses are given four weeks apart. The vaccine can be stored at 2C to 8C.

Bharat Biotech says it has a stockpile of 20 million doses of Covaxin, and is aiming to make 700 million doses out of its four facilities in two cities by the end of the year.

What was the controversy around Covaxin?

It all began when the regulator in January said the vaccine had been approved for “restricted use in emergency situations in public interest as an abundant precaution, in clinical trial mode, especially in the context of infection by mutant strains”.

Experts wondered how a vaccine was cleared for emergency use by millions of vulnerable people when its trials were still underway.

The All India Drug Action Network at the time said that it was “baffled to understand the scientific logic” to approve “an incompletely studied vaccine”.

It said that there were “intense concerns arising from the absence of the efficacy data”.

Both the manufacturer and drug regulator had defended Covaxin, saying it was “safe and provides a robust immune response”.

Bharat Biotech had said that Indian clinical trial laws allowed “accelerated” authorisation for use of drugs after the second phase of trials for “unmet medical needs of serious and life-threatening diseases in the country”.

It had promised to provide efficacy data for the vaccine by February, which it has now done.

The Oxford-AstraZeneca vaccine is being manufactured locally by the Serum Institute of India, the world’s largest vaccine manufacturer. It says it is producing more than 50 million doses a month.

The vaccine is made from a weakened version of a common cold virus (known as an adenovirus) from chimpanzees. It has been modified to look more like coronavirus – although it can’t cause illness.

When the vaccine is injected into a patient, it prompts the immune system to start making antibodies and primes it to attack any coronavirus infection.

The jab is administered in two doses given between four and 12 weeks apart. It can be safely stored at temperatures of 2C to 8C, about the same as a domestic refrigerator, and can be delivered in existing health care settings such as doctors’ surgeries.

This makes it easier to distribute than some of the other vaccines.

The jab developed by Pfizer-BioNTech, which is currently being administered in several countries, must be stored at -70C and can only be moved a limited number of times – a particular challenge in India, where summer temperatures can reach 50C.

How effective is Covishield?

International clinical trials of the Oxford-AstraZeneca vaccine showed that when people were given a half dose and then a full dose, effectiveness hit 90%.

But there was not enough clear data to approve the half-dose, full-dose idea.

However, unpublished data suggests that leaving a longer gap between the first and second doses increases the overall effectiveness of the jab – in a sub-group given the vaccine this way it was found to be 70% effective after the first dose.

Serum Institute (SII), the Indian makers of the vaccine, say Covishield is “highly effective” and backed by phase III trial data from Brazil and United Kingdom.

Clinical trials are a three-phased process to determine whether the vaccine induces good immune responses and whether it causes any unacceptable side-effects.

But patients’ rights group, All India Drug Action Network, says its approval has been rushed because the manufacturer has not completed a “bridging study” of the vaccine on Indians.

The company has said it will try to conduct the bridging trial of the vaccine in India in February. Some experts say there is no reason to suspect that it won’t work as well, given that the clinical trials already completed did include a range of ages and ethnicities.

Any other vaccine candidates?

The other candidates which are in different stages of trials in India to test safety and efficacy include:

Which countries are signing up for India’s vaccines?

India has so far shipped 58 million doses of vaccines to 71 countries in Latin America, the Caribbean, Asia and Africa. The recipient countries include UK, Canada, Brazil and Mexico.

Both Covishield and Covaxin have been exported so far – some in the form of “gifts”, others in line with commercial agreements signed between the vaccine makers and the recipient nations, and the rest under the Covax scheme, which is led by the World Health Organization (WHO) and hopes to deliver more than two billion doses to people in 190 countries in less than a year.

The foreign ministry says India will continue to supply vaccines all over the world after taking into account domestic requirements and international demands and obligations. 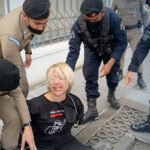 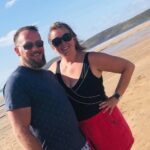