Take your stash of marijuana to regulators after medical cannabis is legal and all will be forgiven under an amnesty program proposed Tuesday by the Food and Drug Administration.

Both organizations and individuals would be able to notify the administration of cannabis in their possession within 90 days of the law coming into effect under the proposal, according to the administration’s chief executive.

Tares Krassanairawiwong said officials are drafting the details in anticipation of submitting the proposal on Thursday to the committee overseeing the legalization process.

At a minimum, public and private labs using marijuana for research would need to disclose the amount and purpose of what they have. An individual would be able to keep their stash for personal use if they obtain a medical certificate for cannabis treatment.

For those possessing large amounts for commercial purposes, Tares said they could also be pardoned if they notify the administration and surrender their inventory, which would be sent for destruction.

The announcement did not specify whether the amnesty would be extended to foreign nationals, and attempts to answer the question Tuesday afternoon were unsuccessful.

Under the law, foreigners and medical tourists will need to obtain special approval from the FDA to use weed medically.

“The regulations we’re preparing, it’s like setting everything back to square one before the law takes effect,” he said.

The parliament unanimously approved the law legalizing medical use of marijuana and kratom in December.

The legalization process has been clouded with concerns raised by activists and experts, such as moves by foreign pharmaceutical companies to seize the nascent cannabis market. The junta last month used its absolute power to order all pending cannabis patents thrown out.

The law now awaits the signature of His Majesty the King, which is expected before the end of March. 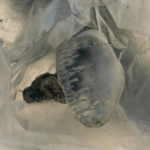 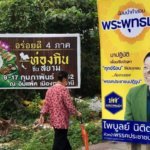