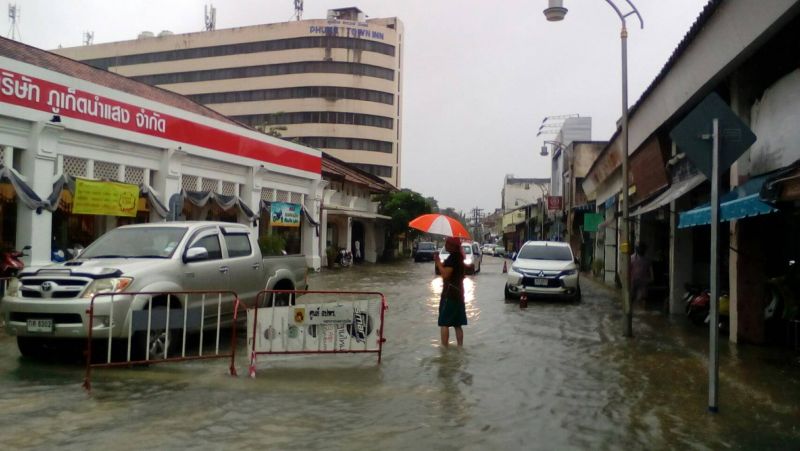 The damage of Doksuri is still being calculated by the Department of Disaster Prevention and Mitigation today. The storm was first called a typhoon but it weakened before reaching Thailand and was downgraded to a tropical depression, reported Bangkok Post.

The storm also managed to hit parts of the south, causing as many as 28 flash floods on Phuket alone over Friday and Saturday.

Doksuri has affected 215 villages in Kalasin, Sakon Nakhon, Phrae, Uttaradit, Phitsanulok, Phetchabun, Phangnga and Satun provinces over the weekend, many residents there were surprised and unprepared for the flooding.

Government officials are assisting and evacuating victims in flooded areas as they begin to repair bridges and roads that are currently impassable.