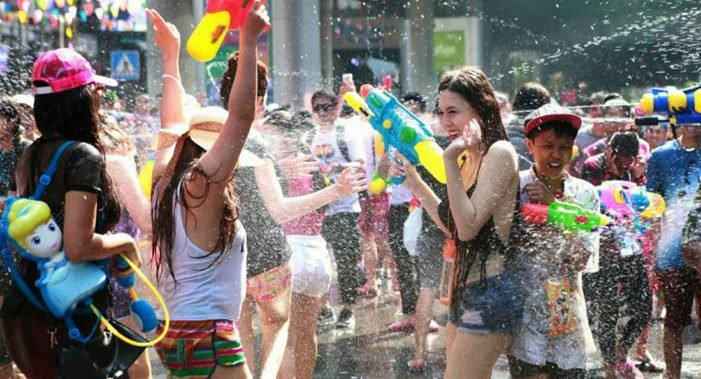 The bans comes from a meeting on safety measures to be enforced during the festival, and were intended to boost the confidence of tourists and citizens wanting to celebrate.

The use of high-pressure water guns, ice and using dirty water would be prohibited, as would drinking alcohol while on the back of a vehicle, firing gunshots into the sky and selling alcohol to people under 18 years old, said Pol Gen Chalermkiart, who chaired the teleconference with senior police and other officials nationwide.

Riding in the back of pickup trucks to throw water during Songkran will be allowed, Pol Gen Chalermkiart said.

He also sought the cooperation of young people in wearing appropriate clothing during the Songkran celebrations.

Meanwhile, smog blanketing much of the North is disrupting flights and seriously reducing the number of tourists travelling to the region, the transport minister said on Tuesday.

The haze in the North has led to a plunge in hotel bookings in several northern provinces for Songkran, lowering the expected occupancy rate during the holiday to just 60% from an average of 85% in previous years.

Northern Thailand is a popular destination for visitors during the traditional Songkran new year festival in mid-April but the smog is likely to make some holidaymakers think twice.

Top Asian finance ministers and central bankers are due to have a summit in northern Thailand this week, and they’ll need pollution masks if they want to avoid breathing toxic air.

The air is classed as unhealthy in Chiang Rai, where finance ministry officials and central bankers from Southeast Asian nations as well as China, Japan and South Korea will meet from Tuesday through Friday.

The Bank of Thailand has said it will hand out pollution masks to media covering the event.

Ten Thais arrested on suspicion of human trafficking in Brunei 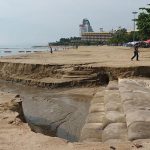