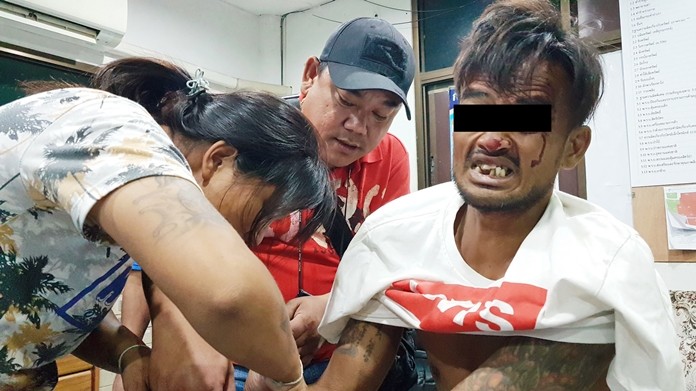 A Trat man who allegedly threatened to kill his ex-wife was arrested in Najomtien on drug charges.

Anak Naksomboon, 37, was pulled from the sea where he’d run to escape capture by police alerted by his estranged spouse of 10 years Kanitta Janratsangsri, 33.

Kanitta went to police Nov. 11 claiming that her ex-husband and father of her three children wanted to reconcile and threatened to stab her to death if she refused.

The woman said she had broken up with Anak because of his long-running involvement in drugs.

Anak was lying in wait for his ex when police showed up with a Trat arrest warrant for drug dealing. He ran into the ocean and threw away the knife, but was captured easily. 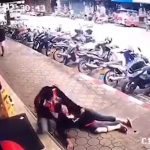