Home » What is Wan Ok Phansa Day in Thailand 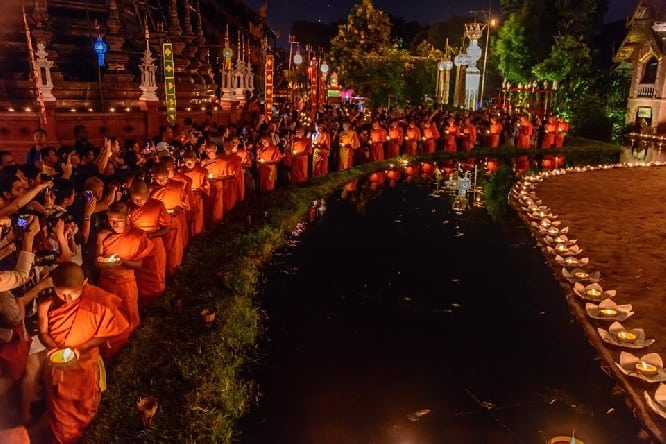 Wan Ok Phansa, meaning ‘day of going out of Vassa’, in Thailand, is the last day of the Thai-Lao observance of Vassa.

It occurs in October, three lunar months after Wan Kao Pansa. In 2019 this falls on October 13th (Sunday)

The Buddhist lent lasts for three months and traditionally coincides with the rainy season.

The festival falls on the last day of the Lent. Typically the festival day falls in October and it commemorates the day when Buddha came back from heaven.

The Thai Buddhists celebrate it with food offerings and visits to the temples. However, the festival includes not only religious aspects but also some events full of adrenaline, such as a traditional long-boat race in different regions.

Different temples from each village often build bamboo boats and decorate them with lights and candles.

The day is celebrated in Issan by illuminated boat processions, notably in Nakhon Phanom Province on the Mekong and in Ubon Ratchathani on the Mun River.

The main ceremonies feature boats of 8–10 meters in length, formerly made of banana wood or bamboo but now sometimes of other materials.

The boats are filled with offerings such as khao tom (glutinous rice sweets wrapped in banana leaves) and decorated on the outside with flowers, candles, and lamps.

The boats are launched in the evening, after sundown.

Additionally, some celebrants individually launch their own, smaller, vessels. Boat races also take place around this time in many places throughout the country as a way to please the Nāga spirits.

Along the Mekong River, people launch little hot air balloons, acting as lanterns, around the night of Wan Ok Phansa.

Launching the boats (or the lanterns) symbolizes your wishes but also getting rid of unnecessary negative feelings.

Vassa is the three-month annual retreat observed by Theravada practitioners.

In English, Vassa is often glossed as Rains Retreat or Buddhist Lent, the latter by analogy to the Christian Lent (which Vassa predates by at least five centuries).

For the duration of Vassa, monastics remain in one place, typically monasteries or temple grounds.

In some monasteries, monks dedicate the Vassa to intensive meditation.

Some Buddhist lay people choose to observe Vassa by adopting more ascetic practices, such as giving up meat, alcohol, or smoking.

While Vassa is sometimes casually called “Buddhist Lent”, others object to this terminology. Commonly, the number of years a monk has spent in monastic life is expressed by counting the number of vassas he has observed.

Most Mahayana Buddhists do not observe Vassa, though Vietnamese Thiền and Korean Seon monastics observe an equivalent retreat of three months of intensive practice in one location, a practice also observed in Tibetan Buddhism.

Vassa begins on the first day of the waning moon of the eighth lunar month, which is the day after Asalha Puja or Asalha Uposatha (“Dhamma day”).

It ends on Pavarana, when all monastics come before the sangha and atone for any offense that might have been committed during Vassa.

Vassa is followed by Kathina, a festival in which the laity expresses gratitude to monks.

The Vassa tradition predates the time of Gautama Buddha. It was a long-standing custom for mendicant ascetics in India not to travel during the rainy season as they may unintentionally harm crops, insects or even themselves during their travels.

Many Buddhist ascetics live in regions that lack a rainy season. Consequently, there are places where Vassa may not be typically observed. 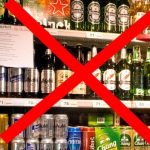 A 24-hour BOOZE BAN is nationwide this weekend 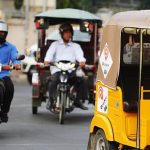