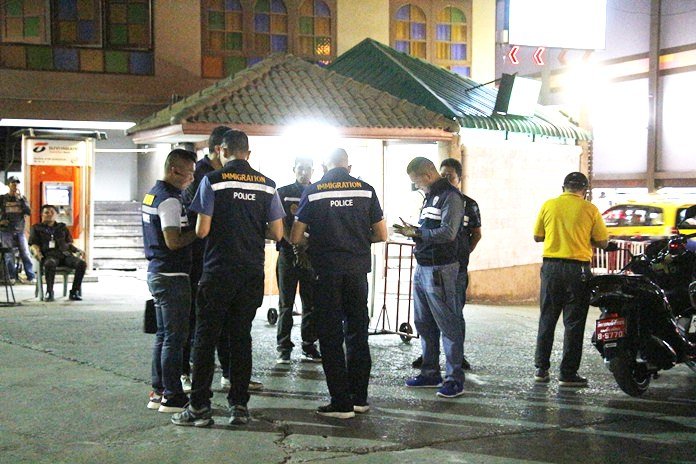 Immigration Bureau officers under “Operation X-Ray Foreigner” checked passports of 400 foreigners around 10:30 p.m. Oct. 17. None of those arrested were identified.

One was a South Korean arrested for working without a permit.

Four Cambodians were apprehended for illegally entering Thailand and working without a permit.

They were sent to regional police stations for processing and deportation.