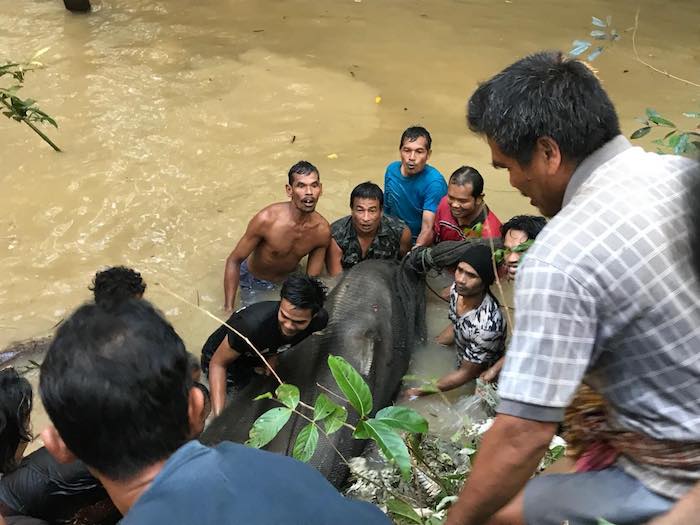 These villagers in Phatthalung province teamed up to rescue a massive 200kg catfish that was stranded after floods.

The enormous Mekong giant catfish, a critically endangered species, had lived in marshes since 1991, becoming a local legend.

But heavy rains at the end of last month caused flooding which washed the massive fish from its home into a tiny pond.

The waters subsided and on Monday morning and residents spotted the creature frantically thrashing around in the shallow water.

They joined together and used a giant net to haul the wild fish out of the water and onto a motorbike trailer before racing over two miles to return it to its original home.

Footage captured the entire rescue – which took more than six hours – as they released the Pangasianodon species of catfish back into its original stretch of water during sunset.

Resident Khun Sooktong, from the Phatthalung district, said the fish had lived there since 1991 and it was nicknamed ‘swamp king’.

The Mekong giant catfish is a large freshwater fish native to the Mekong river basin and its tributaries in Southeast Asia and China. They can grow up to 10ft in length with some weighing up to 300kg.

But they are classed by conservationists as critically endangered due to over fishing. 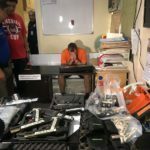 British businessman arrested in Philippines with huge stash of weapons