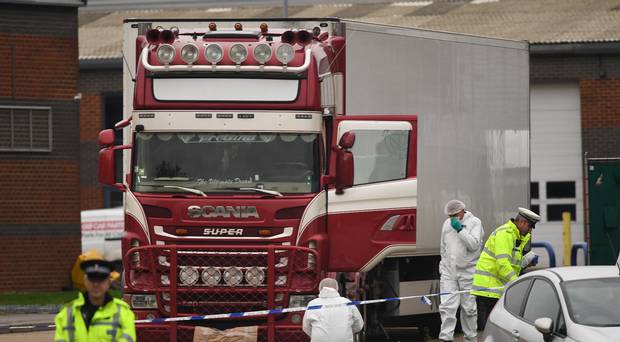 They were held on Sunday on suspicion of organising people smuggling overseas.

Eight people have been arrested by Vietnamese police in connection with the 39 migrants found dead in a lorry in Essex.

They were held on Sunday on suspicion of organising people smuggling overseas.

The 31 men and eight women who were discovered in the back of the refrigerated truck in Grays are thought to have been Vietnamese.

A spokeswoman for the country’s Ministry of Foreign Affairs called the incident a “serious humanitarian tragedy”.

On Saturday, a remembrance service for the victims was held at the Church of the Holy Name and Our Lady of the Sacred Heart in Bow, east London, which has a large Vietnamese congregation.

Reverend Simon Nguyen told the PA news agency that the church has assisted with the investigation into the tragedy, including working with the police.

So far two people have been charged.

Essex Police have started extradition proceedings to bring 22-year-old Eamonn Harrison from Ireland to the UK.

A vigil for the 39 victims was held at the Church of the Holy Name and Our Lady of the Sacred Heart Church in east London (Yui Mok/PA)
Harrison, of Newry in Co Down, Northern Ireland, appeared at Dublin High Court on Friday charged with 39 counts of manslaughter, along with human trafficking and immigration offences, and was remanded in custody.

The driver of the lorry, Mo Robinson, 25, appeared at Chelmsford Magistrates’ Court charged with 39 counts of manslaughter, conspiracy to traffic people, conspiracy to assist unlawful immigration and money laundering.

Detectives have also urged Ronan Hughes, 40, and his brother Christopher, 34, said to have links with the road haulage and shipping industries, to hand themselves in.

The pair, from Armagh in Northern Ireland, are wanted on suspicion of manslaughter and human trafficking. 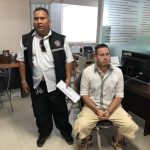 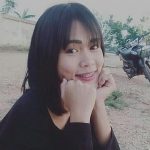