Nguyen Pho Thao, President and Chief Executive Officer of Vietnam Airlines, believes that in the future, e-commerce and low-cost airlines will grow rapidly and with the opening of the Asian market. The aviation market will continue to expand.

The 47 years-old the president and chief executive of budget airline Vietjet Air, is South-east Asia’s only woman billionaire, and one of just two billionaires in Vietnam, according to Forbes. Armed with two bachelor’s degrees in finance and labor economics, as well a Ph.D. in economic management from Russia, she has built Vietjet into a prominent career in the local aviation industry, even beating Vietnam Airlines in terms of local market share, and is eyeing widening its reach beyond Vietnam.

Launched in December 2011, Vietjet Air has pursued its motto to “bring the opportunity to travel by air to all people”. With a fleet of 48 aircraft, including A320s and A321s, the airline currently operates 350 flights each day on 73 routes in Vietnam and regional destinations in Thailand, Singapore, South Korea, Taiwan, Malaysia, China, Myanmar, and Cambodia. Vietjet this month tied up with Japan Airlines to expand options for the one million people that travel between the two countries.

Thao said she saw huge opportunities in the domestic aviation industry, with a population of 94 million people and a rising middle class. Since Vietjet’s entry, the domestic market has grown steadily at more than 20 percent, making it one of the fastest-growing air transport industries in the world, with an annual average growth of 17 percent in the last 10 years. After five years of operation, Vietjet debuted on the stock market in February this year with its market capitalization pegged at US$1.8 billion (S$2.5 billion) and an annual revenue of US$1.2 billion. It was ranked among the Top 500 Brands in Asia 2016 by Nielsen.

In preparation for deeper international and regional integration, the carrier plans to develop international routes within a radius of less than five flying hours. It has signed agreements with the world’s leading aircraft manufacturers to purchase brand new, modern aircraft. Thao believes that in future, e-commerce and low-cost airlines will both grow rapidly and, with the opening of Asian skies, the aviation market will continue to expand. With the philosophy of “creating new customers” instead of “scrambling for market share at all cost”, Vietjet Air will look to cooperate with international airlines to develop its international routes.

While she has built her success in the aviation industry, Thao is also an influential entrepreneur in the finance and real estate sectors. She is the standing vice-chairman of HDBank and chairman of Sovico Holdings, which runs several five-star resorts and hotels including Furama Resort Da Nang, Ana Mandara, and A Lam Ninh Van Bay. 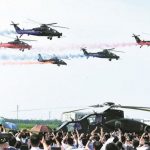 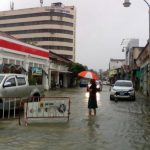