Thai media reported that while other motorists saw and heard an ambulance coming one minivan driver at a U-turn apparently did not.

Or he was too selfish to wait,

A video showed the driver pulling out into the path of the Ruam Katanyu foundation ambulance that was on its way from Bang Na to an area near the Suvarnabhumi airport to pick up a sick person.

The driver of the ambulance was able to take evasive action but ended up on the sidewalk after sideswiping a pick-up and flattening a sapling.

The minivan was not one on a scheduled route. The driver just drove off after the incident near the end of King Kaew Soi 37/5 in Bang Plee.

77kaoded reported that a member of the public gave chase and brought the minivan back.

There were no injuries and no report of police action in the matter.

The media asked the public to get out of the way of ambulances. 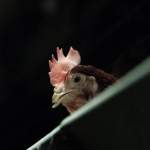 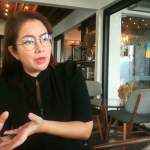 Mark KellyFebruary 26, 2020
Contractors laying new drainpipes across Naklua are running out of time and affected businesses are...
END_OF_DOCUMENT_TOKEN_TO_BE_REPLACED