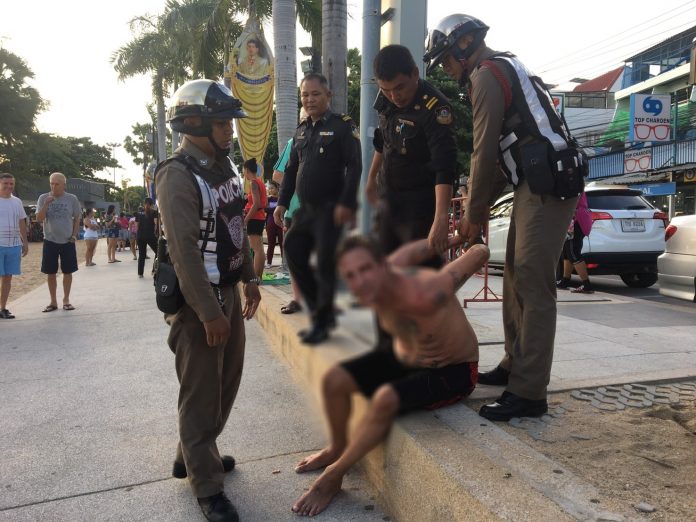 Another day, another tourist going crazy in Pattaya is arrested.

On Saturday, police arrested a foreign man who was seen rampaging along Jomtien beach, confronting and threatening members of the public and local business owners. 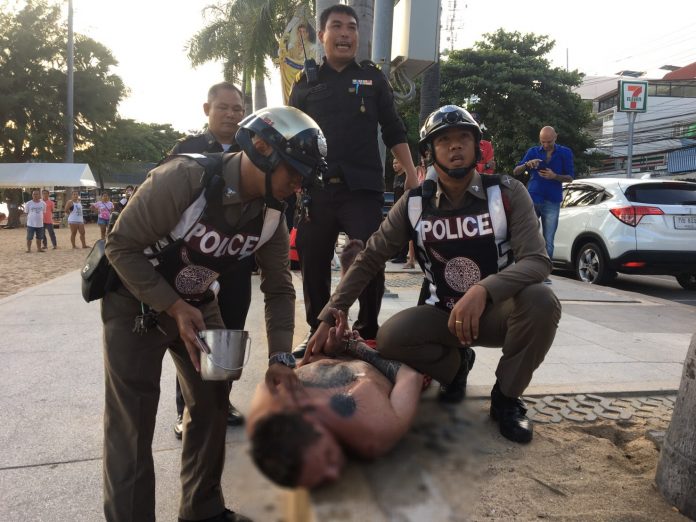 The man, who was described as Eastern European appeared to be heavily intoxicated and had to be restrained by several police officers, who he then promptly spat and kicked out at.

The man, who is believed to be in his forties was seen wearing only a pair of shorts and has refused to identify himself to officers.

He remains in custody where he faces multiple charges including resisting arrest and assault of a police officer.

Police are still trying to establish the identity of the man. 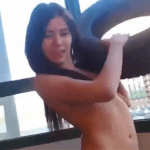 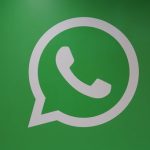 WhatsApp Update Will Stop You Sending Images To The Wrong Person