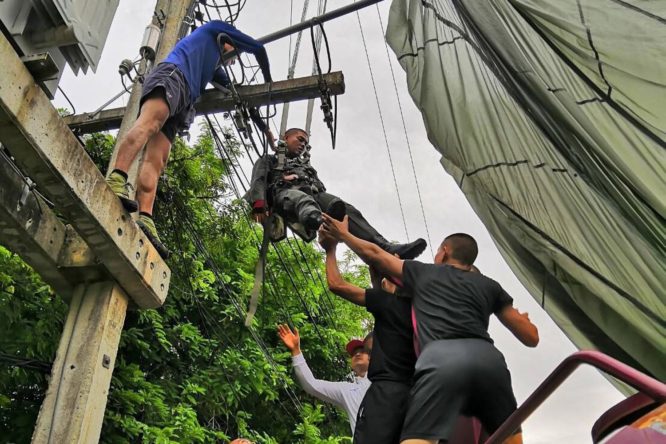 A policeman has been injured after his parachute hit a high-voltage transformer during a parachute training in Prachuap Khiri Kan.

Pol L/Cpl Nattakorn Chaikuemkao, 28, was hurt badly when his parachute was blown off course by a strong wind and got caught by the transformer on top of an electric pole during the 800-foot parachute drill at Naresuan Base, Cha-am district, at 7am on Friday.

He was conscious but had difficulty breathing and suffered burns on his face, torso and left arm. He was taken to Hua Hin Hospital.

Pol L/Cpl Nattakorn is a trainee at the Aerial Reinforcement Division under the Border Patrol Police Bureau.

Thai media reported on Saturday his condition had improved and he was now stable.

Sophon Jaikhumkao, his father, said he remained conscious and could breathe normally after a respirator was removed 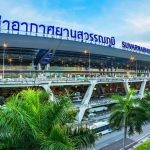