This is the very scary moment an iPhone burst into flames on the dashboard of a car – while its owner was driving – was captured on camera, as were her terrified screams when it happened.

The woman, from Shanghai’s Minhang district in East China,was forced to abandon her car after her iPhone suddenly appeared to catch fire while lying on her dashboard. Twenty seconds later, it erupted into a ball of flame.

In the video, she can be seen driving along when flames burst out of her Apple iPhone 6. Obviously panicked, the woman screams but carries on driving as she’s in the middle of traffic and because the phone seems to have stopped burning.

About 20 seconds later, however, the phone ignites again, except this time the flames catch and the phone remains on fire. That’s when the petrified woman stops her car and gets out screaming to passersby. 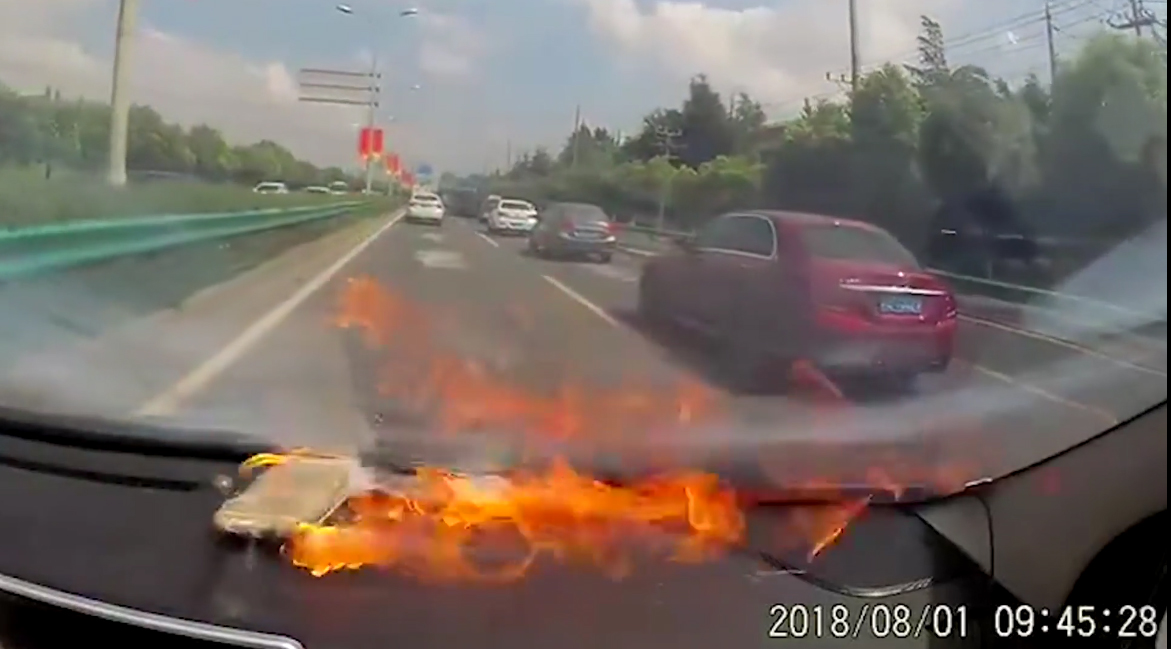 According to the woman’s husband, she had the battery changed at mobile phone repair shop Hoho Fast back in February. While the store did take the phone back and gave her a new battery after it exploded, they reportedly refused to fix the iPhone or pay for the damages that occurred to the dashboard.

“She was driving alone; no one touched the phone,” her husband said. “It just suddenly blew up. She wasn’t charging or even using it at the time.

“When we bought the battery from Hoho Fast in February, they told us it was genuine. They’re refusing to take further responsibility and won’t compensate us.

“We asked them for a new phone. They say they can only give us a second-hand one. It’s like they’re squeezing us like a tube of toothpaste. They’ll squeeze us until we run out of patience and give up, then the case is closed for them.” 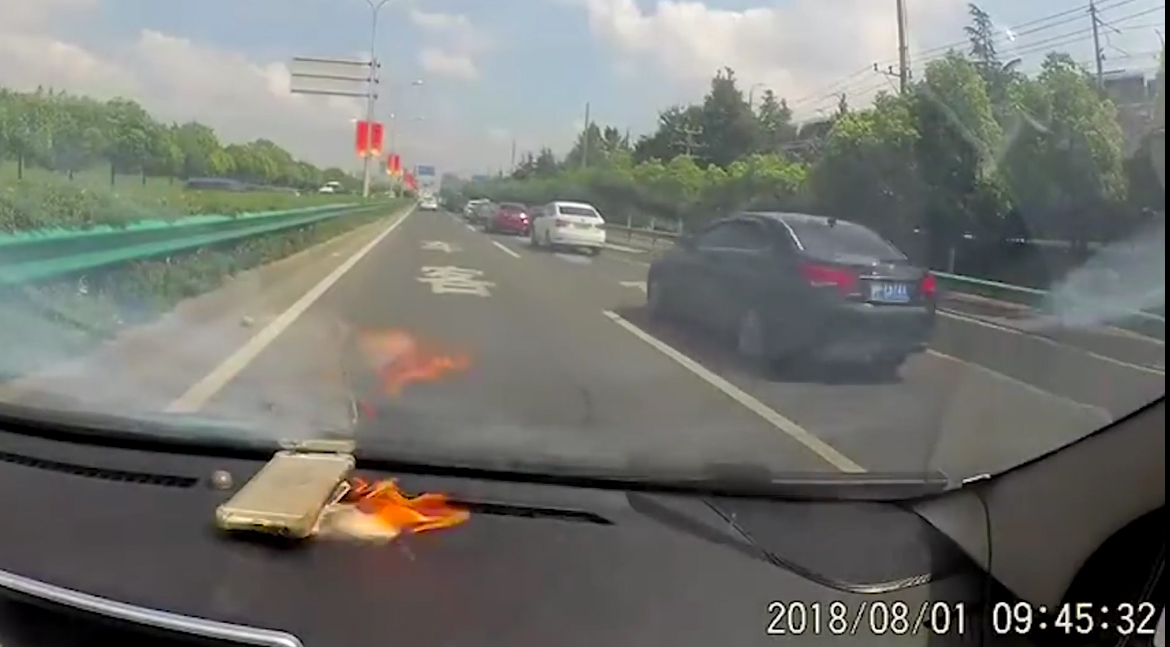 The couple are apparently still negotiating with the business over compensation. Some people, however, are blaming the woman for leaving the phone in the sun on her dashboard during hot weather.

“It’s extremely hot in the summer and you leave your phone exposed to the sun,” wrote an Abren Guanxiansho on social media. “It’s obviously going to explode, you idiot! And you’re blaming the phone?”

Which seems a bit harsh.

According to MailOnline, the Ho Ho Fast repair shop (aka ‘Ji Hou Hou’) is listed by Apple.com as being authorised to repair iPhones in Shanghai.

A Ji Hou Hou spokesperson told the newspaper that the matter was being dealt with Shanghai Consumers Association, adding that the company was in contact with the owners of the exploding phone – however, MailOnline adds that no explanation was offered as to why the battery had exploded.