Everybody knows that although ants are absolutely tiny, they’re able to carry objects that weigh between 10 and 50 times their body weight, and which are much larger than them. We’ve all seen videos of them carrying leaves, but this little ant went a little bit further:

Yep, that’s a diamond that the tiny insect is just brazenly pushing along without a care in the world. Clearly it had an insect friend it wanted to impress – or maybe even pop the question to.

The video was taken inside a jewellery shop and shows the insect nonchal-ant-ly (see what we did there?) carrying the diamond across a white desk.

Although the jewel seems colossal by comparison, the ant seems to have absolutely no trouble pushing it along and actually carries it for about a foot or two. Which might not seem like a very long distance, but a foot for an ant is a hell of a long distance. 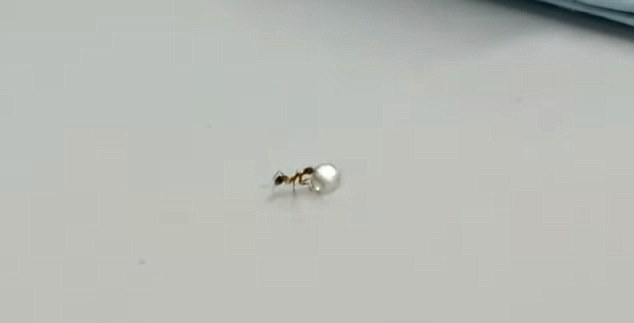 Similarly, while that diamond is like a speck of dirt on a human hand, albeit one that probably costs a few months’ salary – totally guessing here; no idea what carat that diamond is or what it’s worth – it dwarfs the ant.

It looks more like a boulder. Obviously, a boulder would weigh a lot more than 10 times that of a human body, though.

This is more like the average human attempting to carry a cow. Before you scoff, have you ever tried lifting a cow? Exactly. 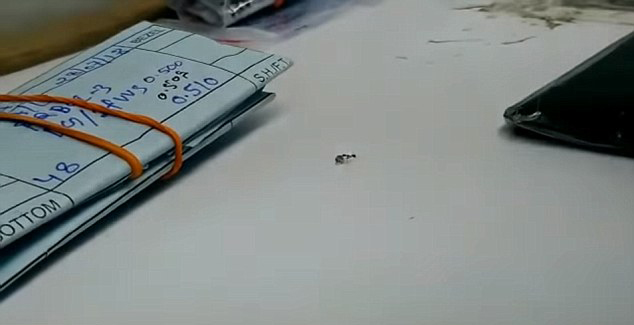 Given how tiny ants are – and while there 12,000 species of ant in the world, they’re all incredibly small – they really can do some remarkable things. Recently a video emerged of millions – literally, millions – of ants working together to build a bridge together using their bodies to attack a wasp’s nest.

While watching them do that is really pretty creepy, it also goes to show how developed and intelligent they are, especially for something so tiny.

Sadly, this jewel thief ant didn’t manage to get away with its loot. Presumably, the shop didn’t bother calling the police, since there’s not much point in putting a criminal mastermind ant behind bars – it’ll probably just walk through them.

Video News :Woman’s Phone Explodes In Car After She Had Battery Replaced At Unofficial Repair Shop