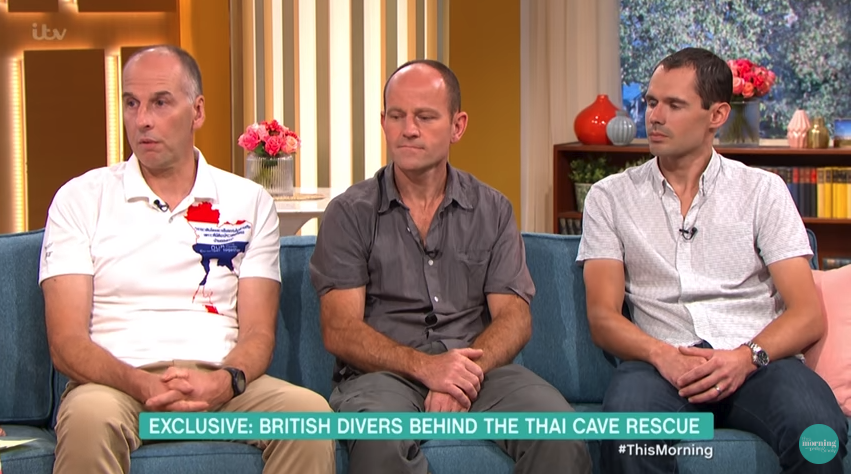 Three of the British divers involved in the extraordinary rescue of 12 boys and their football coach who were trapped inside the flooded Tham Luang cave have revealed more details about the dangerous operation.

Rick Stanton, Jason Mallinson and Chris Jewell appeared on the This Morning show in the UK and discussed in detail what happened during the rescue mission.

“We knew it was going to be an extremely difficult and risky operation, with not a high probability of total success”, Mr Jewell told presenters Ruth Langsford and Eamonn Holmes.

They also revealed that the boys were sedated to the point they were almost unconscious which allowed them to be evacuated from the cave without panic.

Richard Stanton who was one of the first divers to find the boys revealed how he first smelt the boys, adding “then they obviously heard us talking, and we saw our lights, and then they started coming down this slope one by one. They were kind of on this ramp around the corner,” he said.

Meanwhile, diver Jason Mallinson played down praise of the divers being heroes.

“We just did what we’re… not trained to do, but what we’ve experienced over the last 25 years – we’re happy that we can use that skill set to go and help people, he said.

Meanwhile, in his only solo interview, British diver John Volanthen, who was the other diver along with Richard Stanton to find the group told the BBC just how “remarkable” the rescue was.