The job of a delivery person is one that sounds quite pleasant to many of us. Just you and the open road, out in the fresh air, potentially wearing shorts.

But one downside to not being office-bound, which many may overlook, is the lack of toilet facilities immediately available to you. Add to this the pressure of working to deadlines, and posties can probably be forgiven for the occasional sneaky slash in a bush or a back alley.

However, there can be no excuses made for a delivery man in Memphis, Tennessee, who was filmed pissing all over a man’s porch. 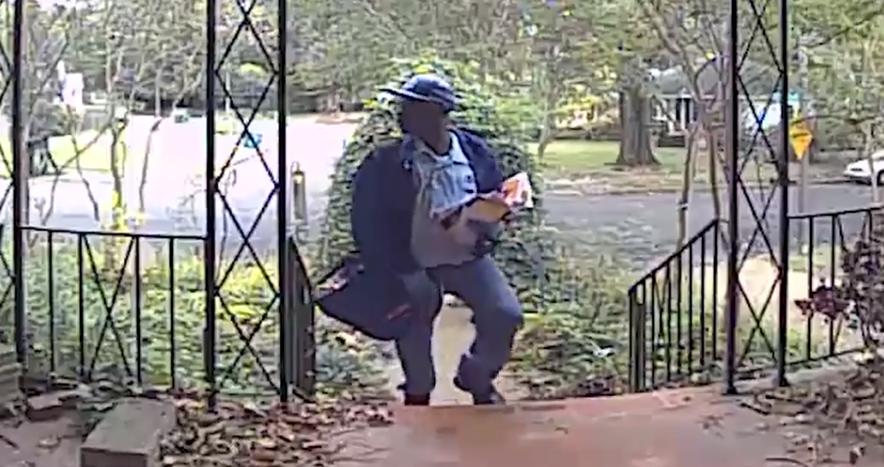 The video shows him saunter up the steps of the property, apparently with his knob out, while simultaneously sprinkling urine all over the place like a filthy fountain, showing zero regard for the porch or his boots.

It really makes no sense. In some ways, it would be more understandable if he was running while pissing, because then at least you could argue that maybe he was behind schedule and was doing his best to save time. But the guy is strolling – why not take the time to choose a better spot, or at least allow yourself the luxury of standing still while pissing?

Unsurprisingly, Scott Anderson – owner of the debased porch – said he was shocked when he saw the footage on his doorbell camera. What’s more, he claims he is yet to retrieve his post out of fear of what might be on it – which seems a little dramatic.

Considering just how brash the postie appears in the video, Mr Anderson might consider himself fortunate not to have received a very special delivery indeed… the kind of package you would not sign for… a large, brown package if you will. Hope that’s clear.

United States Postal Service seem displeased with the worker, who put the P in USPS.

A spokesperson said: “We are investigating the actions of our letter carrier revealed in the video.

“This behaviour clearly does not reflect the efforts of the thousands of professional, dedicated carriers in our workforce.

“We are reaching out to the homeowner to offer our apology and assistance in dealing with this issue.

“The Postal Service will take appropriate corrective action to address the situation with this employee.

The outcome of the investigation remains to be seen, but whatever happens, it seems unlikely they will ask him to hand in his uniform. 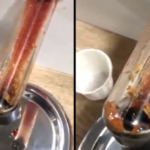