Home » Video: Couple spark outrage after being seen having sex on the beach in Pattaya

Furious locals complained to the police after they saw two middle-aged tourists having sex on the beach.

The randy couple, who appeared to be in their 30s or 40s, were seen in Pattaya, eastern Thailand, at around 1 am in the morning on December 28.

Footage shows the man laying on top of the woman as they romp in the sand for more than two minutes – even as beachgoers walk by them.

The male then climbs to his knees as the woman performs a sex act on him and then he collapses forward.

Astonished onlookers are heard criticizing the couple, who were both naked from the top-down, for their lack of shame.

The woman filming the clip asks her friend ”how can they do this in public,  how can they not feel embarrassed?”

She adds: ”It’s so weird they do this in public. They’re foreigners, not Thai. There are kids watching them, it’s unbelievable.”

The woman said after around three minutes the couple then stood up and paddled into the sea to go for a dip and cool off.

Speaking after, the woman, who did not want to be named, called for police to investigate.

She said: ”I was returning home with my partner when we saw the two people like this. They were tourists.

”When they finished having sex they both went in the sea together, like it was very normal for them.

”I thought this was inappropriate as there were families in the area on holiday. If they saw this they could think something bad about the city.”

Police confirmed they were aware of the video of two tourists romping on the beach.

But Captain Nakhonrat Nontseelard said they had been unable to find the pair.

He added: ”This was not appropriate for a family holiday resort. The punishment would be lewd behavior and they would be fined but we cannot charge them until we know who they are.” 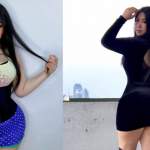 Meet the Thai woman with curves like Kim Kardashian 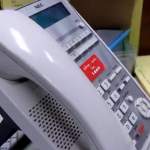