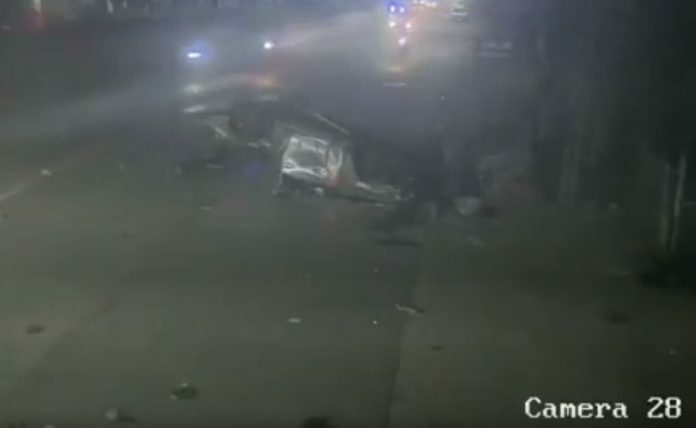 Thirteen people, most of them students, were killed when a pick-up truck flipped over while trying to change lanes on Sunday in the Thai capital, police said.

Graphic CCTV footage shows passengers riding in the back being hurled out of the vehicle onto the road in Bangkok’s suburbs.

“Twelve people died instantly and one later died at the hospital,” police officer Samran Chaytao told AFP, adding that nine of them were college-age students finished mechanical training for a local company.

A total of 18 people were in the truck, which was coming from an evening out with students and company officials celebrating the end of their training, Samran said.

Two of the five survivors had severe injuries.

Deadly accidents are common in Thailand, which regularly tops lists of the world’s most lethal roads, with speeding, drunk driving and weak law enforcement all contributing factors.

Though many of the victims are motorcyclists, bus crashes involving groups of tourists and migrant labourers often grab headlines.

In March last year at least 18 people were killed and dozens wounded when a bus carrying people returning from holiday in northeastern Thailand swerved off the road and smashed into a tree.

The World Health Organisation’s most recent data showed Thailand with 32.7 road deaths per 100,000 people, compared to 12.4 in the United States. – AFP 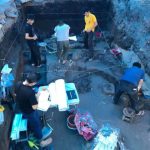