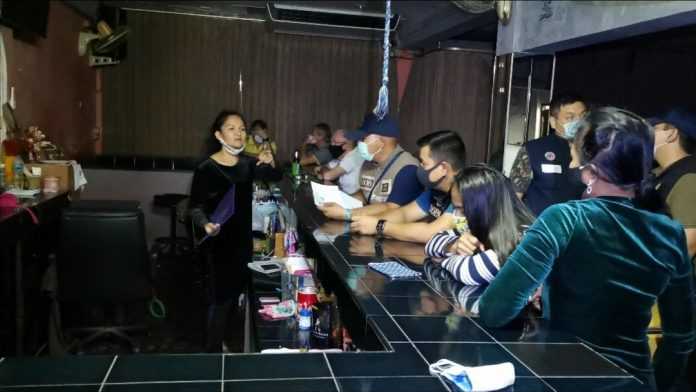 Three British nationals were arrested after allegedly flouting coronavirus restrictions by having a lock-in at a Thai bar.

The men were drinking with five “bar girls” at the venue in Pattaya, eastern Thailand, on Saturday night.

There was a “closed” sign hanging on the door of the Pussycat Club and the lights were dimmed – but the officers patrolling the area were suspicious of the rowdy noise coming from inside.

They forced their way inside and found the Brits drinking bottles of beer along with the young women – appearing in the video to be ignoring vital social distancing rules introduced to fight the pandemic.

Police frogmarches the three men out of the bar into a waiting police vehicle. They were arrested and taken to the station along with the bar owner Chanita Kiddeejing, 41, and four young female staff.

Police Major Colonel Kengsart Nualpong said the men would be charged with violation of the country’s State of Emergency Act which was brought in to stop the spread of Covid-19. The maximum penalty is two years in prison and fines of 100,000THB (£2,473) each. 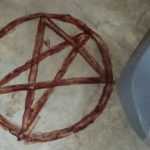 Teen hangs himself after drawing pentagram ‘with his blood’ 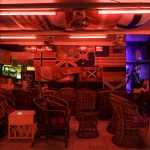 Warning: Venues that do not follow rules will be shut down