Song Lompad, 52, was arrested on a road in Wang Nam Yen district at 11pm.

He was accused of raping a Cambodia woman, 33, after she took a van from Pattaya-Rong Klua Market in Kabin Buri district of Prachin Buri to Wang Nam Yen district in Sa Kaew.

The woman called her husband who in turn alerted police, who made the arrest shortly after the alleged rape.

The victim told police that the driver promised to take her home in Wang Nam Yen after first dropping off other passengers at Rong Klua Market in Aranyaprathet.

When she was the lone passenger, the driver told the Cambodian that he needed to fill the van’s gas and took a shortcut to an NGV station. She said she was raped along the way.

She managed to call her husband at the NGV station. 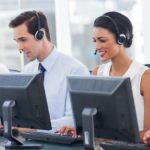 N. Korea says still open to talks with US