The hunt continued on Monday for a 37-year-old Ranong man who allegedly shot dead his four-months-pregnant wife, her parents and two aunts and wounded two other relatives at their home in Uttaradit’s Pichai district on Sunday night.

Police planned to apply for an arrest warrant on Monday afternoon for Weerapol Pin-amorn, named by the surviving relatives as the gunman.

Weerapol’s locked sedan was found parked outside the Maya Hotel in Muang Phitsanulok at 9.30am on Monday.

Police discovered he had borrowed a hotel maid’s motorcycle to go to a mall and “pick up a girlfriend” but never returned.

He was still believed to be in Phitsanulok.

Following the 8pm report of a multiple homicide on Sunday, Uttaradit police chief Pol Maj General Payuha Thanasriseubwong and Pichai district chief Pratchya Sertleucha led the inspection of the scenes of the crime.

One was a two-storey wooden house in Tambon Phayaman, the other a house five kilometres away.

In the first house they found the bodies of Kanokwan Intharasit, 53, and her sisters, twins Nampheung and Nampha Intharasit, both 48.

In the garage of the other house were the bodies of pregnant Kanyarat Kingkaew and father Wirat Kingkaew, 46.

All five victims were shot with a 9mm pistol. Police collected about a dozen spent cartridges at both scenes.

Pratchya said Weerapol had stayed with Kanyarat for nearly a year and they often argued. He said Weerapol was a jealous man and his wife reportedly wanted to split up.

On Sunday he allegedly went to his mother-in-law Nampheung’s house looking for his wife and shot the three women in anger, then drove to his father-in-law Wirat’s house.

When his wife refused to reunite with him, he shot her and Wirat in the garage.

Kanyarat’s younger sister, her husband and another male relative heard the gunshots and went to investigate and Weerapol allegedly opened fire on them. The sister was not harmed, but the two men were wounded as they fled towards an adjacent cornfield.

Payuha said checkpoints were being set up on all the main roads in Uttaradit.

Tambon Phayaman kamnan Apisit Boonsua said Weerapol had lived in the area only a year but had bought nearly 10 cars in that time, claiming he earned good money trading stocks. Police were checking the actual source of his income.

Weerapol had been ordained as a monk for a few days in December, the kamnan noted. 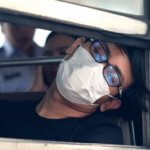 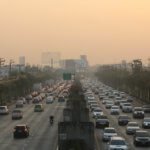