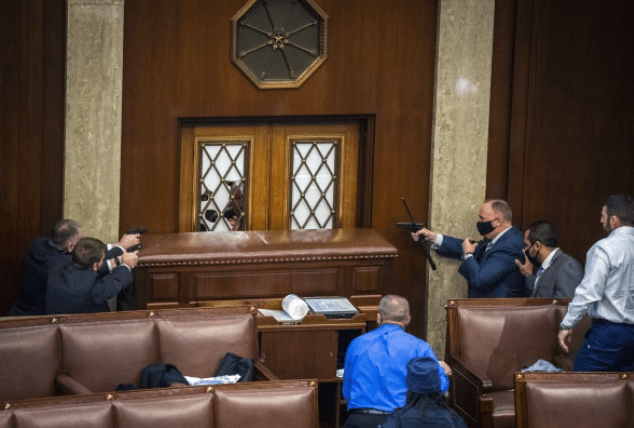 WASHINGTON – The Pentagon scrambled to deploy the entire D.C. National Guard on Wednesday after taking a subdued approach to the planned pro-Trump protests, which saw aggressive demonstrators storm the U.S. Capitol through thin defenses while lawmakers sheltered in place

The D.C. National Guard will be fully activated on Wednesday, putting 1,100 guardsmen on duty after supporters of President Donald Trump overwhelmed the Capitol Police and breached the premises.

“We have fully activated the D.C. National Guard to assist federal and local law enforcement as they work to peacefully address the situation,” acting defense secretary Christopher Miller said in a statement. “We are prepared to provide additional support as necessary and appropriate as requested by local authorities. Our people are sworn to defend the constitution and our democratic form of government and they will act accordingly.”

The governors of Maryland and Virginia also activated state troopers and members of their National Guard to respond to the situation.

Pentagon spokesman Jonathan Rath Hoffman said in a statement that the Department of Justice would lead the law enforcement response.

Speaking at a news conference alongside D.C. Mayor Muriel Bowser, Army Secretary Ryan McCarthy said he fully mobilized the D.C. National Guard around 3 p.m., about 1,100 people. McCarthy said that there had been a requests for additional support on Wednesday from the Capitol Police but that confusion led to a delay. He said he responded by mobilizing the D.C. National Guard.

It was not immediately clear if the National Guard will be armed. Previously, they were assigned on the condition that they not carry firearms, as defense officials sought to limit how much the military was dragged into the political fray.\

By early evening, the National Guard was ordered to reestablish a perimeter around the building.

An FBI spokeswoman said agents have been “deployed to assist our U.S. Capitol Police partners as requested in protection of federal property and public safety,” and added the bureau is also investigating a number of suspicious packages reported around the city.

The full activation of the D.C. Guard represented an about-face for the Pentagon. Top defense officials had crafted a narrow role for the D.C. Guard in preparations for Wednesday’s events, after facing heated criticism last June over the Trump administration’s outsized and militarized response to protests in the District following the police killing of George Floyd in Minneapolis.

Because the District is not a state, the D.C. Guard answers to the president, but he has delegated authority to command the capital’s guardsmen to Miller and McCarthy – two of the top officials at the Pentagon. Guardsmen are specifically trained in riot control tactics to back up police faced with aggressive mobs.

While preparing for Wednesday’s demonstrations, Pentagon leaders were still smarting from criticism of the June response, which included the deployment of guardsmen from D.C. and 11 states, as well as the staging of active-duty troops outside the capital and the deployment of federal agents without insignia. Members of the National Guard were also on site at the White House when federal law enforcement cleared protesters in Lafayette Square with tear gas and rubber pellets, allowing Trump to cross the street to take a photograph with a Bible in front of St. John’s Church.

With criticism of those events in mind, top defense officials specifically ensured the D.C. Guard would stay away from the U.S. Capitol to avoid the poor optics of uniformed military personnel and Humvees once again returning to the streets of the District, even though guardsmen often backup police who are expecting large crowds during moments of civil unrest.

One senior U.S. official told The Washington Post on Tuesday ahead of the demonstrations that at the Pentagon “everyone has got a lot of scar tissue and a lot of PTSD from the domestic unrest of the summer” and didn’t want a repeat. The official added, “We’ve learned our lessons and will be absolutely nowhere near the Capitol Building.”

Now that decision is facing scrutiny.

“Questions will be asked about the adequacy of the planning by the various law enforcement organizations tasked with protecting the Capitol against violent disorder like this,” said Peter Feaver, a professor of political science and an expert in civil-military relations at Duke University.

Feaver said that given all the advance warning from Trump supporters about their willingness to escalate to violence, one would have expected authorities to have a robust plan in place with contingencies assessed and war games run, with the National Guard in a backup role.

“Given what happened in June, authorities are understandably wary about escalating to the National Guard,” Feaver said. “That said, no mature and secure democracy wants to see its legislative chambers taken over by violent mobs.”

The Pentagon’s initial reluctance to bolster Washington with soldiers contrasts with the response in June, when a pair of Guard helicopters roared over demonstrators, flying as low as 45 feet and prompting fierce criticism and an ongoing investigation.

“Here it seems it’s disproportionate force on the other side of the spectrum,” said Rachel E. Vanlandingham, a military law expert and professor at the Southwestern Law School in Los Angeles. “Now they seem to be underreacting.” 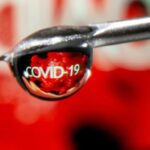 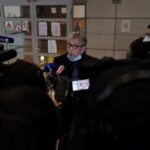