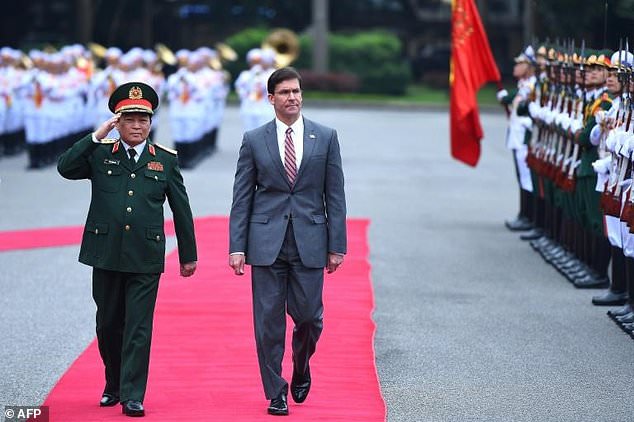 The new security ship “represents another concrete symbol of our strengthening relationship”, Esper said at the Diplomatic Academy of Vietnam after a tour through South Korea, Thailand and the Philippines.

Washington wants to counter Beijing’s expanding influence in the region and the fiercely contested South China Sea is a source of major tension.

China has built military installations, rammed vessels and sent survey ships into disputed territory in the resource-rich waterway, parts of which are also claimed by several Southeast Asian countries, including Vietnam.

The US has hit out with so-called “freedom of navigation” forays into the waters and the first-ever joint maritime drills with members of the Association of Southeast Asian Nations this year.

“We will also maintain a routine military presence in the South China Sea, to demonstrate the seriousness of our commitment,” he said, adding that the US will “fly, sail and operate wherever international law allows”.

Esper and his Chinese counterpart met at a security summit in Bangkok on Monday.

In a briefing afterward Wu Qian, a spokesman for Chinese Ministry of National Defence, urged the US to “stop military provocation in the South China Sea”.

The cutter vessel, which will be handed over next year, is the latest example of ramped up political and defence links between the US and Vietnam.

Earlier this year Washington handed over six patrol boats and equipment worth $12 million, the third of a planned four deliveries.

Security and trade ties between the former wartime foes deepened after Washington and Hanoi restored diplomatic ties in 1995. 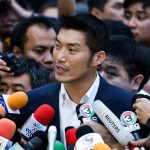 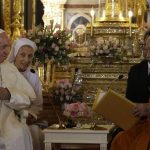