December 29 will mark five years since Michael Schumacher sustained a serious brain injury after a skiing accident in the French Alps and it’s now believed he is no longer bed-ridden following extensive £50,000 a week healthcare costs.

Despite reports in March understanding that the former F1 legend had been left unable to speak or walk, Sportsmail understands that he ‘is not bed-ridden’.

The MailOnline reported that Schumacher is believed to be receiving extensive nursing and physiotherapy care which has been estimated to cost more than £50,000 ($62,900) a week

Schumacher will turn 50 on January 3 – just five days after the anniversary of the life-changing tragedy and his medical condition has been kept closely under wraps since it happened.

His wife of over 20 years, Corinna, insisted that his progress was kept a secret with the MailOnline reporting that anyone who spoke out would no longer be regarded as a friend.

Earlier this year, Schumacher’s manager, Sabine Kehm said that the family appreciate the ’empathy’ coming from fans but added that they want to keep details about his health private.

She said: “What can be said is that the family really appreciates the empathy of the fans.

“The people really do see and understand [his health situation] is not to be shared in the public eye.”

Schumacher was on holiday with his 14-year-old son Mick when tragedy struck in December 2013. He fell, hitting the right side of his head on a rock, with such force his helmet split open.

He was rushed to hospital where surgeons removed blood clots from his brain, however, some had to be left behind as they were so deeply embedded.

He was stabilised and placed into a medically-induced coma, and was later brought round.

‘TRANSFORMERS’ GETS A GREAT SAVIOR IN ‘BUMBLEBEE’ 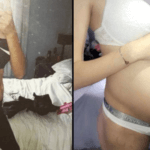