Home » Update: How to Avoid Dengue Fever in Asia 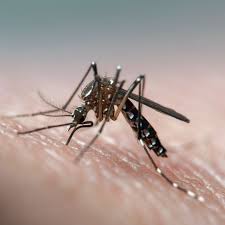 How to Avoid Dengue Fever in Asia. southeast Asia has been declared the region with the greatest risk of contracting dengue by the World Health Organisation

Instances of Dengue are on the rise but you are well able to control most of the risk factors.

The Aedes Aegypti is also known as the tiger mosquito with the distinctive black and white stripes. They most frequently bite at sunrise and sunset but this species also bites during the day. But you’re only at risk if the actual mosquito is carrying the Dengue virus.

Conservatively, at least 50 million people contract Dengue each year. Dengue is thought to cause around 20,000 deaths per year.

The fever can take around a week to incubate after you’ve been bitten. You might start with a measle-like rash followed by a fever and lack of energy.

Victims describe it as flu-like symptoms but many react quite differently depending on the strain of the virus.

How to avoid it

1. Most mosquitoes ‘hang around’ close to the ground (a Bangkok Jack Report) so your feet and legs dangling under the table are an easy target and out of sight.

You won’t hear them buzzing under there over the clinking of glasses and the tuk-tuks whizzing by.

If you’re heading out to dinner take some repellent for your legs, the lower on the legs, the more likely you are to be bitten there.

Most restaurants and bars will have some spray – just ask them.

2. We love the sunsets. And for the morning people, sunrises. So do Aedes aegypti, the type of mosquitoes that carry Dengue.

So these times of the day you need extra precautions against mosquitoes. They will be around.

3. If you smell nice – a hint of perfume or after-shave here or there – the mosquitoes will be attracted too.

That scented soap the hotel provided (in the impossible-to-open plastic wrap) is likely a sweet smell for the relentless mosquito’s tracking system. When they’re not biting you they’re usually attracted to flowers.

Bland is better if you want to avoid mosquitoes. Buy unscented deodorant too.

4. Beige is back. Mosquitoes are fashion victims and seem attracted to bright-colored clothing. Bland coloured clothes are less attractive to mosquitoes.

There may be a reason the tropical safari suits being beige.

5. Whatever you apply on your skin to deter mosquitoes, you’ll need to re-apply every few hours. Just a quick squirt isn’t going to work all night.

If you’re outside you WILL be perspiring and this both washes away the repellent and provides a new attractive scent for the mosquitoes.

6. If you’ve been out all day, trekking the hills around Phuket, swimming in the sea, lounging on the beach you’ll be sweaty, salty and ripe for the mosquitoes.

Have a shower, without using scented soap or lotions, before you head out for your sunset drinks at your favourite rooftop bar.

7. Mosquito coils work very well as a general deterrent but you’ll need to be vigilant about having the coil’s fumes blowing in your direction.

Set them on the ground, where most of the mosquitoes tend to gather, around your legs and feet.

8. Mosquitoes are attracted to light so if the lights are off outside and on inside, the mosquitoes will be headed towards the light.

Not only mosquitoes, just about any bug is going to be attracted to light. If you want to get the bugs outside again, turn on a light outside and the lights off inside and open the doors.

They’ll head out towards the light.

9. Mosquitoes will track you down, wherever you are. No matter if you’re in a five-star hotel overlooking the Andaman Sea or a back-packers in the heart of Phuket Town, they don’t discriminate.

If there’s a hole in your room’s defenses, mosquitoes will find a way in. Windows and doors, obviously, but also vents – anywhere there’s access to the outside.

Best to spray your room before you sleep and keep the doors and windows closed, unless you’ve got fly-screens without any rips or tears.

Many of us don’t like sleeping with the air-conditioning but better a dry throat in the morning rather than a case of dengue.

10. A mosquito net above your bed is a cage that keeps you in and the mosquitoes out. Make sure there’s no way in for them – they’ll find a way if there is.

A good fan will also work very well but it’s got to be blowing hard enough so the mosquitoes can’t make a three-point landing on your body.

A gentle zephyr on 1 setting won’t do. If you get the position of the fan right and have the setting high enough you’ll stay cool and the mosquitoes will not be able to land on you and bite. 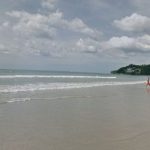 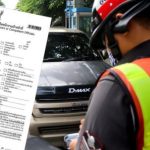