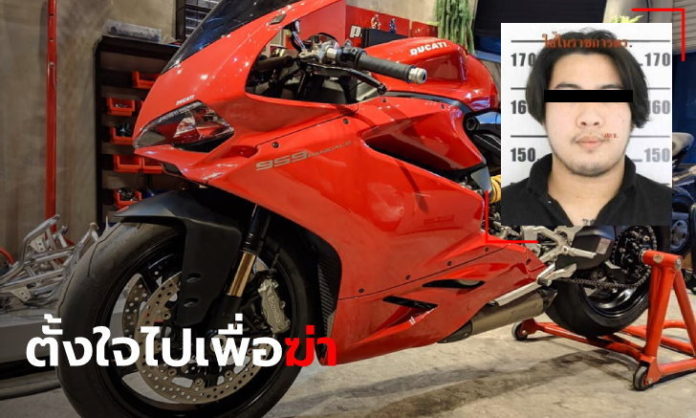 Police in Rayong are working on the suspicion that two teachers were murdered by a man who came to buy a second hand Ducati motorcycle at their property after it was advertised on Facebook.

Arocha or Khru M and Preeyaporn or Khru Naen, both 33-year-old teachers at a private school in the central eastern Thai province, were found dead in an upstairs room at a house in Moo 4,Thapma, Muang district.

It was earlier reported that Khru M, a physics teacher, was found under a pile of clothes after being dragged upstairs at the house.

Near him was his wife of 10 years duration who had a wound to the head. Both had been savagely murdered.

A note was on the gate outside when a relative came to the property after the couple failed to turn up at school.

In latest developments police applied to the court for an arrest warrant for a man called Suphakrit, 22, from Chiang Mai.

Police believe he went to the house to buy the Ducati that was advertised for 650,000 by Khru M on Facebook, said Naew Na.

After he got Khru M to sign the transfer of ownership papers it is claimed he set about murdering the couple and posting the note to make it look like a murder-suicide.

The warrant cites premeditated murder in the persuance of theft.

Suphakrit contacted a second-hand bike shop and sold the vehicle for 380,000 baht.

The son of the owner of the shop – “A” said that they had received a picture of the vehicle and the necessary papers after contact with them through Facebook and Line.

The money for the sale was transferred to the account of Suphakrit. “A” told Pol Col Chalermsak Thianthongsri that he had no idea that the vehicle had been stolen and was part of a murder inquiry, said Sanook.

Naew Na said that Khru M was deep in debt to an online betting company and also owed his mother half a million baht.

He was selling his “big bike” to raise funds. 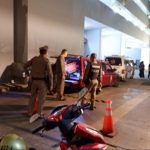 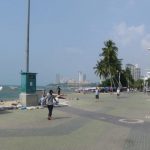