A top lawmaker claims unhygienic food is the cause of 60-70 percent of diseases.

Most people in Vietnam do not trust local food quality controls while a top lawmaker believes that its people are “dying slowly” from unsafe food.

A government report delivered to an ongoing meeting of the National Assembly, Vietnam’s top legislature, said that 86 percent of Vietnamese people were concerned about food safety.

More than a fifth of the three million businesses involved in the food market had committed safety violations, with more than 1,700 food poisoning cases killing 164 people in the past five years, it said.

“That’s just the tip of the iceberg,” said Nguyen Hoang Mai, vice chairman of the parliamentary Committee for Social Affairs.

Mai said that in the age of unsafe food, more people are growing their own vegetables and raising livestock, but most are leaving their lives in the hands of fate.

Lawmakers said unsafe food is a top killer in Vietnam.

Phung Quoc Hien, vice chairman of the assembly and head of its unit in charge of supervising food safety, said that “unsafe food is giving Vietnamese people a long, slow death”.

He said that 60-70 percent of diseases in Vietnam are related to food.

Lawmakers stressed the link between unsafe food and health issues in Vietnam during a meeting in April, but received opposition from the health minister.

A study by a parliamentary working group released at the meeting said that unsafe food is one of the main causes of cancer in Vietnam, which is killing around 70,000 people every year.

But Health Minister Nguyen Thi Kim Tien dismissed the conclusion, saying the leading cause of cancer in Vietnam is acute and chronic infection.

While food safety is a hot topic, the government has failed to curb violations, lawmakers said.

Nearly 680,000 violations had been detected in the past five years, but only 20 percent had been punished and just three people had faced criminal proceedings, Hien, the deputy house speaker, told VnExpress on the sidelines of the Monday meeting. 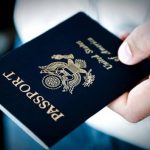 New app for expats in Thailand to be called ‘OSS Foreigner’